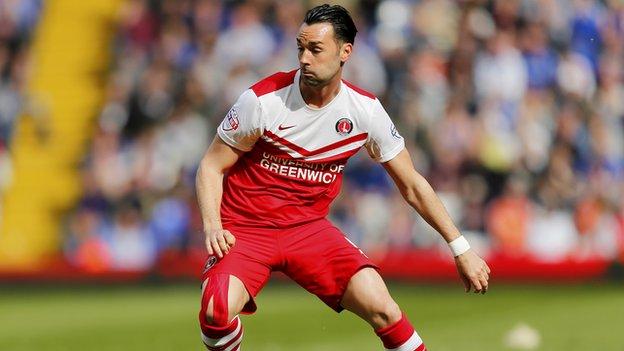 Coventry boss Tony Mowbray is mulling over whether to offer a deal to winger Chris Eagles, who has trained with the Sky Blues this week as a free agent.

Eagles, 29, who began his league career at Manchester United before making his name at Burnley and Bolton, has been without a club since joining Charlton Athletic on a short-term deal in May.

"He looks athletic and his talent with the ball is unquestionable."

Eagles started in the youth system at Watford before being picked up by United.

Having made just five starts in seven seasons at Old Trafford, he had two loan spells back at Watford, also playing for Sheffield Wednesday and Dutch club NEC Nijmegen before moving to Burnley in 2008 and helping them reach the Premier League.

He then moved on to Bolton Wanderers, where he was initially a big success under Dougie Freedman before signing last season for Blackpool, then Charlton.

"I've seen him play against teams I've managed in the past. His name came up in one of the many conversations during the week that you have with friends and advisors and it became an option," said Mowbray.

"We're having a look at each other and then we'll decide where it goes from there. But, if players have a better pedigree than what we've got, then why wouldn't we have a look?

"Our technical director Mark Venus is on top of the budget so there's money there if we want to do something. But, if we didn't have the budget, he wouldn't be here in the first place as I wouldn't want to waste his time."

Coventry, fifth in League One, are at home on Saturday against Blackpool, who appear to be on the rise again after winning their last three matches.