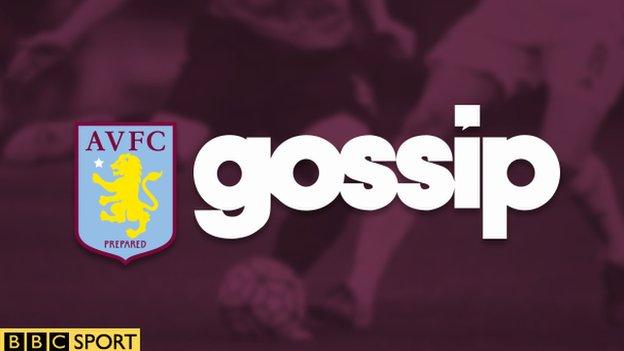 The 2-0 defeat by Chelsea at Stamford Bridge on Saturday was Aston Villa's seventh in their past eight league games, ratcheting up the pressure on manager Tim Sherwood.

The Express and Star quotes the Villa manager as saying he wants "to go out on the front foot and, if I die, I die on my sword".

Meanwhile, the Birmingham Mail reports Sherwood saying he "takes no notice" of the speculation about his future.

One man who thinks Sherwood might be out of his depth is former Tottenham defender Jason Cundy.

Sherwood's first managerial job was at Spurs, and Cundy told Talksport: "What's he done to deserve the jobs?

"Why are young and inexperienced managers given such huge jobs? They're some of the biggest jobs in football - Spurs and Villa."

Also on Talksport, former Villa striker Stan Collymore argued that if Sherwood continues to struggle and isn't replaced, the club could be "in a very perilous position".

Any decision could soon be taken out of Sherwood's hands, according to the Telegraph. It reports his job will be at risk if his side lose to Swansea on Saturday.