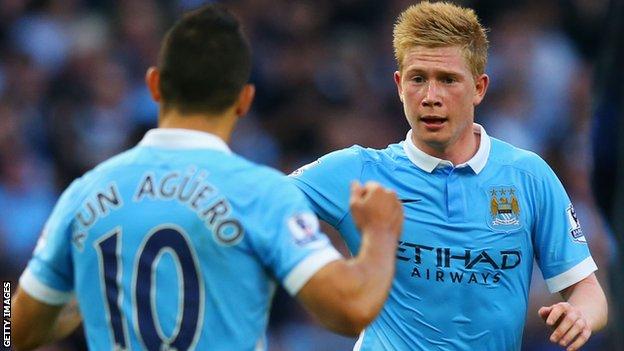 Chelsea's Eden Hazard and Arsenal's Alexis Sanchez are also in the frame to be named world football's best player.

Ballon d'Or holder Cristiano Ronaldo of Real Madrid and Barcelona's Lionel Messi, who have won the past seven awards between them, lead the nominees.

Wales and Real Madrid forward Gareth Bale is the only British player named.

Chelsea manager Jose Mourinho and Arsenal boss Arsene Wenger are on the 10-man Coach of the Year shortlist.

They will contend with Barcelona manager Luis Enrique, who guided his side to the treble of Champions League, Spanish league and Spanish cup titles, and Bayern Munich coach Pep Guardiola.

There are few surprise names on the players' list, with QPR midfielder Massimo Luongo and Bournemouth winger Christian Atsu, who both reportedly made the 59-man longlist, overlooked.

Spain's La Liga leads the way, with 11 players nominated, while Germany's Bundesliga has six nominees. There are two from Italy's Serie A and one - Paris St-Germain's Zlatan Ibrahimovic - from France's Ligue 1. Players who have transferred during the past year are recognised for their contribution to both clubs.