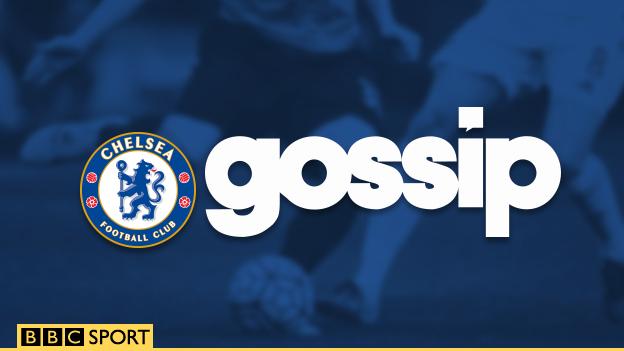 Chelsea could have had Robert Lewandowski in their side to play Dinamo Kiev in the Champions League on Tuesday, had former manager Carlo Ancelotti had his way.

The Italian coach has told Goal.com that the prolific Bayern Munich forward was a target for the Stamford Bridge club in 2010.

Chelsea could do with the Pole after a tricky start to the campaign, one which the coach of their Ukrainian hosts - former Tottenham striker Sergei Rebrov - told Eurosport they can exploit.

One player who has struggled, in particular, is Eden Hazard.

However, Chelsea legend Gianfranco Zola told Talksport the Belgian attacker will "come back stronger" after being dropped from the first-team.

One player seemingly less likely to be returning to first-team action at Chelsea is Juan Cuadrado.

But don't worry Chelsea fans, according to Metro a winger could be on his way to Chelsea, with the Blues keen on 25-year-old Valencia's Sofiane Feghouli.

They would, though, face competition from Manchester United and Paris Saint-Germain for the Algerian international, the report adds.