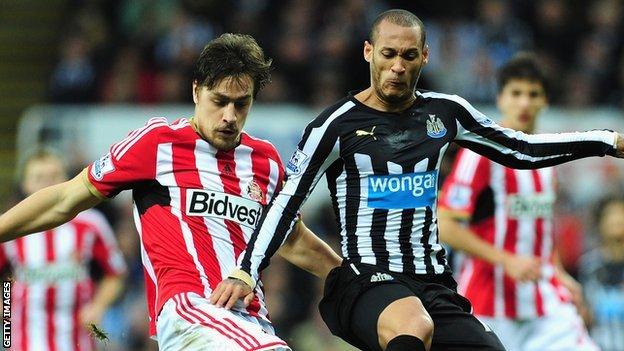 The 29-year-old is a free agent having left Schalke, where he scored four goals in 35 games over two spells.

He arrives at a club that captain Lee Cattermole admitted to the Guardian had become "a bit embarrassing" in the way it burned through five managers in four seasons.

The Ireland international played under Steve McClaren last term and the Newcastle manager is on the defensive ahead of the derby.

The former England coach has described it in the Shields Gazette as "no different than any other game".