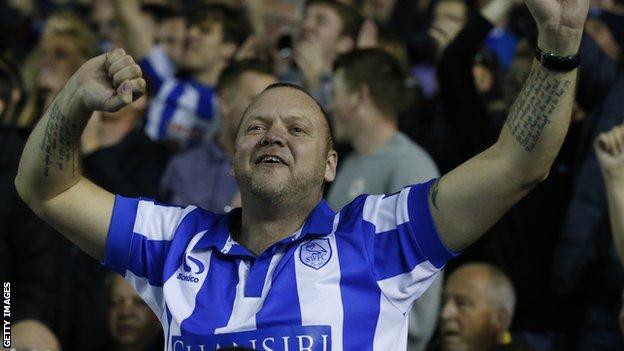 Sheffield Wednesday pulled off one of the shocks of the League Cup fourth round by beating Premier League Arsenal 3-0 at Hillsborough.

It led to a rather pleased Wednesday manager Carlos Carvalhal coming out with this slightly confusing quote after victory: "On the pitch we were better than Arsenal, but we are not better than them." The Daily Mail can explain.

Owls winger Ross Wallace, man-of-the-match in the Arsenal win, told the Sheffield Star the victory was for the fans. "They have waited a long time for a result like that," the 30-year-old said.

The result sent the Yorkshire Post into nostalgia overdrive as it fondly recalled other League Cup shocks in the region from years gone by, including Wednesday's win over Coventry to book their semi-final place in 1991 - the year they won the trophy.

Meanwhile, HITC Sport does a social media round-up of Owls' fans reaction to the loan signing of Gary Hooper from Norwich, with one supporter labelling it "the final piece in the jigsaw".

Finally, what a 24 hours for midfielder Barry Bannan. First victory over Arsenal, then this...