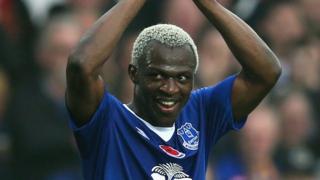 The Toffees went ahead through Gerard Deulofeu, before Kone scored the second and Jermain Defoe and Steven Fletcher's levelled matters.

But Sebastian Coates' own goal, Romelu Lukaku's solo effort and Kone's second before he headed in late on, meant the hosts took all three points for the first time in the league since September.

I want to have a positive impact - Hamilton

Woods to compete with 11-year-old son