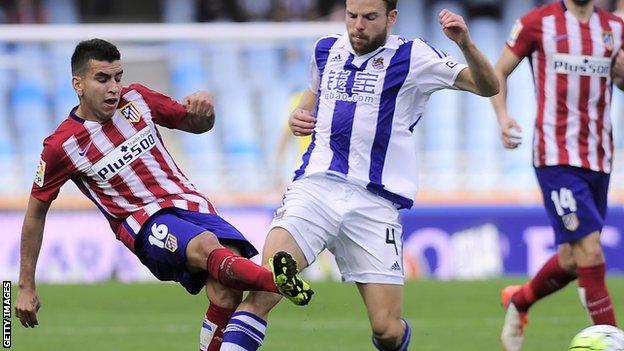 Madrid have already turned down one bid from City for the 20-year-old Argentina international but are expecting the Premier League club to return with an improved offer.

Barcelona winger Cristian Tello is a target for Merseyside clubs Liverpool and Everton, according to the Daily Express.

The 24-year-old is currently on loan at FC Porto and reportedly not keen on returning to the Nou Camp.

Carlos said: "I hope the people of Madrid do not get angry at me. Within two to three years Neymar will be number one in the world."

Inter Milan will contact Chelsea with a view to signing striker Radamel Falcao on loan in January, claims the Daily Mail.

The Colombian has scored just one goal for the Blues since moving on loan to Stamford Bridge from Monaco during the summer.

Football Italia says Paul Pogba's agent has suggested the midfielder could stay at Juventus for another 12 months.

Pogba had been expected to leave at the end of this season, with Manchester City, Chelsea and Barcelona prepared to make big-money bids for the player.

Finally, the Metro says Borussia Dortmund's under 23 coach David Wagner has left the club and is tipped to link up with former boss Jurgen Klopp at Liverpool.