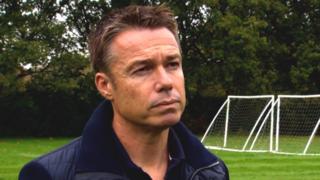 Mourinho blamed "a combination of factors" for his side's poor form this season, which also saw the holders eliminated from the League Cup at Stoke last week.

Chelsea are 15th in the table, having lost six of their first 11 league matches this season.