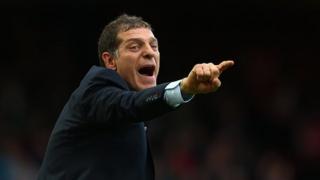 Bilic is effusive in his praise of Emmanuel Lanzini's opener but Romelu Lukaka continued his run of scoring against the Hammers to equalise.

The Londoners have failed to beat Everton in 15 Premier League matches.