Manager Louis van Gaal says Manchester United's fans should make up their own minds about the team's style of play.

Former midfielder Paul Scholes said he "would not enjoy" playing for Van Gaal's United, who have scored only three goals in their last five games.

"They were very influenced by Paul Scholes," said Van Gaal after United's 2-0 win against West Brom on Saturday.

The Dutchman, who took charge at Old Trafford in the summer of 2014, added: "The fans want to let the players know that we have to score. Of course. My mother knows that, so does my grandmother."

During United's 1-0 win over CSKA Moscow on Wednesday, home fans loudly booed Van Gaal's decision to replace Anthony Martial with Marouane Fellaini and chanted "we want to attack" at other points during the game. 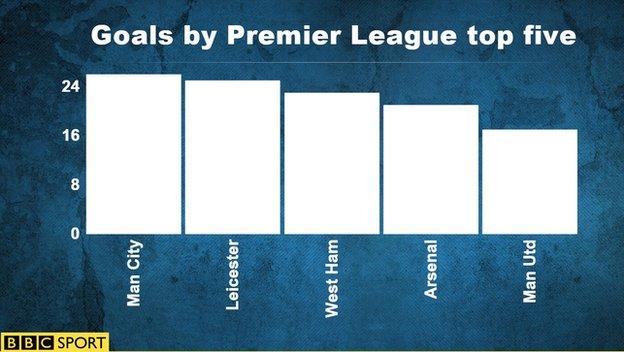 Against West Brom, there were some chants of "attack, attack, attack" just before Jesse Lingard opened the scoring early in the second half with his first United goal.

"I know the feelings of the fans," said Van Gaal. "We have to attack better against defensively organised teams.

"Defending is the most difficult way you can play, but it is good that we have won, just like we did against CSKA Moscow, who had the same strategy.

"We gave a signal to other teams that you can do that but you still lose, so I'm a very happy manager."

Despite their recent lack of goals, United have still lost only one of their last seven Premier League games and are only one point behind top two Manchester City and Arsenal, who both play on Sunday.