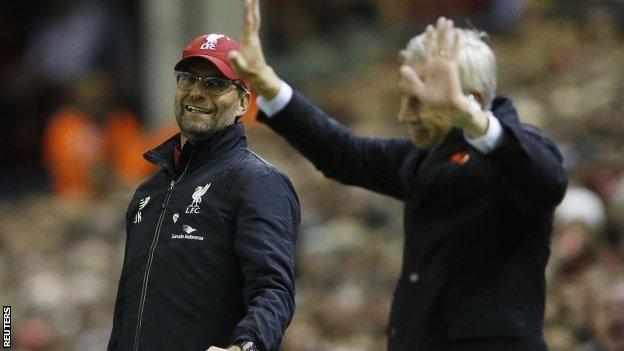 Liverpool manager Jurgen Klopp met Crystal Palace boss Alan Pardew for the first time on Sunday - and it's fair to say the two men had a few disagreements.

The Eagles won 2-1 at Anfield, thanks to goals from Yannick Bolasie and Scott Dann, but much of the drama centred on a touchline where two animated characters shared the same work space.

As the pictures below show, neither man was prepared to back down - but we think there was only one winner.

After all, when Crystal Palace are in town everyone is expected to follow the rule of the 'House of Pards'.

Speak to the hand

Or you can ssshhhh

How many times do I have to tell you?

These guys are still waiting for an official Pard-on