England will have a 50-50 chance of being drawn against Wales, Northern Ireland or the Republic of Ireland in the Euro 2016 draw on 12 December.

Roy Hodgson's side are one of the top seeds, while the other three are among six nations in the pot of bottom seeds.

There will be six groups of four teams for next summer's finals in France.

The winners and runners-up in each group will qualify for the knockout phase as well as the four best third-place sides. 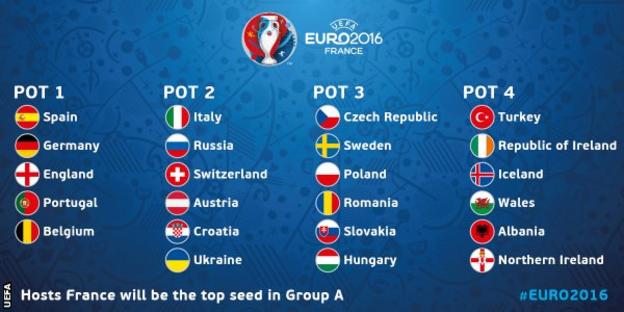 Meanwhile 2012 runners-up and four-time world champions Italy are one of the teams in pot two.

The finals will start on Friday, 10 June, with the final taking place at Stade de France on Sunday, 10 July.