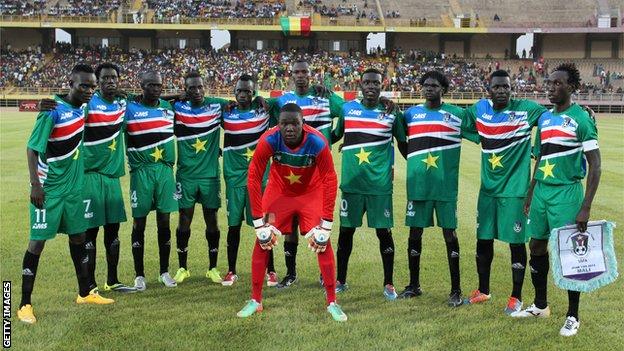 The first ever game between South Sudan and Sudan ended goalless at the Cecafa Senior Challenge Cup in Ethiopia.

South Sudan's defensive tactics paid dividends as they held on for a point.

After beating Djibouti 2-0 in their opening Group C game on Monday it puts South Sudan in line to qualify for the quarter-finals of the tournament.

"We are happy that we have picked a point against a strong Sudan side," said South Sudan's goalkeeper Juma Ginaro after the game.

"We now wait to face Malawi in our last group game."

The draw leaves Sudan in third place behind their neighbours with just a single point so far after they lost 2-1 to Malawi in their first match.

Guest team Malawi top the group and have qualified for the last eight after brushing aside Djibouti 3-0.

In the other games played on Wednesday defending champions Kenya and Burundi settled for a 1-1 all draw.

While hosts Ethiopia recovered from their loss in the opening match to Rwanda to beat Somalia 2-0 in front of a capacity crowd.