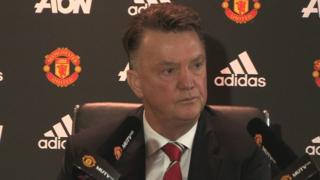 The Foxes, who finished 14th last season, are top of the table, one point ahead of second-place United.