Aston Villa defender Joleon Lescott says if the club avoid relegation from the Premier League this season it will be one of the highlights of his career.

Villa remain bottom of the table and are seven points from safety after their 1-1 draw at Southampton.

"We believe we can go on and get some results."

Lescott captained the side in the absence of the injured Micah Richards at St Mary's and scored his first goal since arriving from West Brom in September as Villa secured only their second point from the last nine league games.

"It was a proud moment - to captain and score is like a dream," Lescott, a boyhood Villa fan, said.

"When I came, the situation wasn't as bad as it is now, but we're confident - we know we've got the quality."

Lescott, though, is staying realistic over the scale of the task facing the club.

"We're not getting carried away, we know we're a long way from where we want to be," he added.

"We just want to build on what we believe and every point helps that." 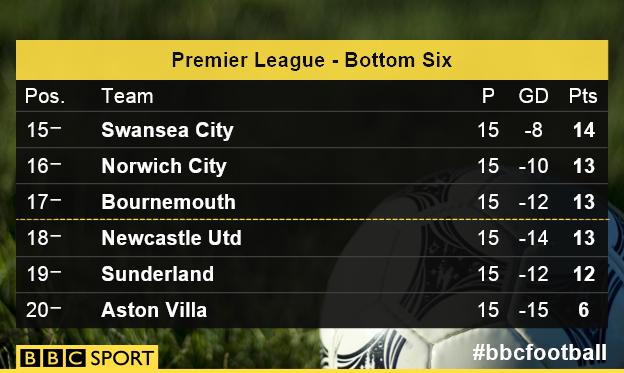