Carlisle's home match against Notts County on 19 December will be played at Preston's Deepdale stadium after Brunton Park was left under water.

About 1,000 homes across Cumbria still remain without power.

Meanwhile, Welling are to auction the match ball from their FA Cup tie against Carlisle to raise money for those affected by the floods.

The Welling United Supporters Association has already donated £522 from Sunday's second-round game to a fund set up to help the flood victims.

Carlisle's players have also been helping with the clear-up operation following training on Tuesday.

Keith Curle's side, who sit sixth in the league, travel to Oxford on Saturday.

"The number of offers of help from clubs at every level of the football pyramid has been humbling and overwhelming," said club secretary Sarah McKnight.

"Preston North End were in contact with us as early as Sunday night and Notts County have been extremely understanding every step of the way." 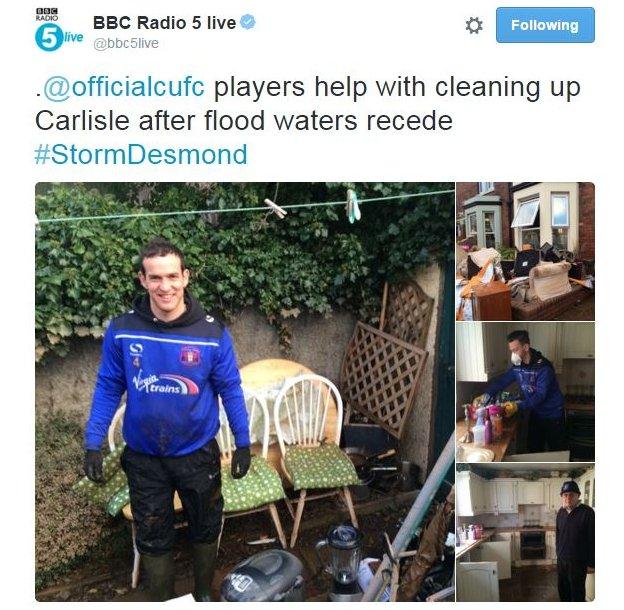