Jersey is to make a bid to join Uefa and play international football.

The Channel Island, which has a population of around 100,000, is hoping to follow Gibraltar and take part in European Championship qualifiers.

Jersey is currently classed as a county by the English Football Association.

Under Uefa rules, non-sovereign nations cannot be members, but the Jersey FA said earlier this summer it was hopeful of changing the European football governing body's mind.

In May 2013, Gibraltar, which is a British Overseas Territory, was accepted as a full member of Uefa, European football's governing body.

Gibraltar is the smallest Uefa member in terms of population, behind San Marino (just over 32,000), Liechtenstein (approximately 37,000) and the Faroe Islands (just under 50,000).

While Jersey is self-governing, it is a crown dependency of Great Britain, with the Queen as head of state.

However, the island is already recognised as a nation in its own right by the International Cricket Council, and its team reached the final qualifying tournament for the World Twenty20 this summer. 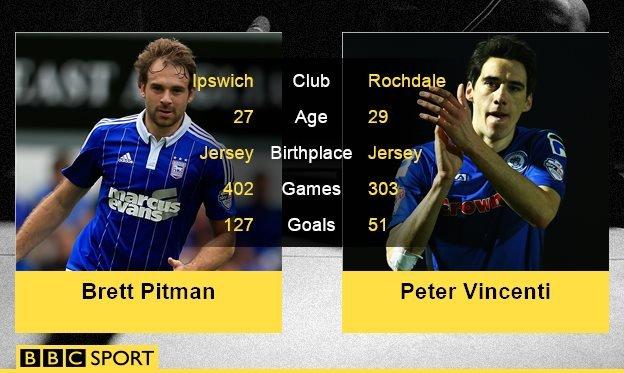 The island's most famous player is undoubtedly Graeme Le Saux, who won 36 caps for England and the Premier League title with Blackburn Rovers, as well as playing for Chelsea and Southampton.

Jersey's footballers currently play in the island's league, the Jersey Football Combination, and take on Guernsey in the annual Muratti vase clash every year.

The island also competes in the football competition at the biennial Island Games and has a side in the FA Inter-League Cup, which they won in 2012, allowing them to represent England at the Uefa Regions Cup the following year.