Barcelona's Lionel Messi and Neymar have been left out of Uefa's Champions League group stage XI, despite the pair contending for the Ballon d'Or award.

The forward trio scored 10 goals between them as Barcelona became the first to qualify with 14 points.

Messi only played three matches in the opening stage, scoring three goals, after missing seven weeks of the season with a knee injury.

There is Premier League representation in the XI, with Chelsea's Willian and Manchester City's Raheem Sterling in midfield. 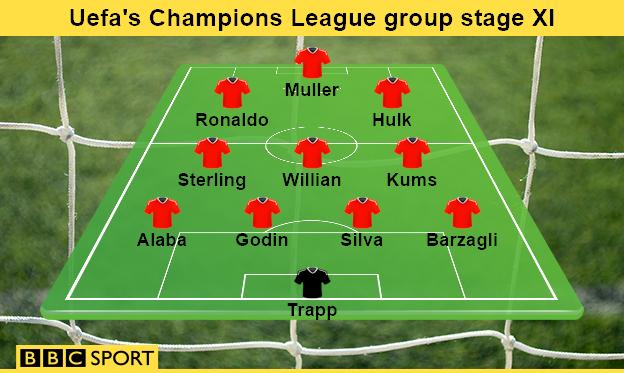