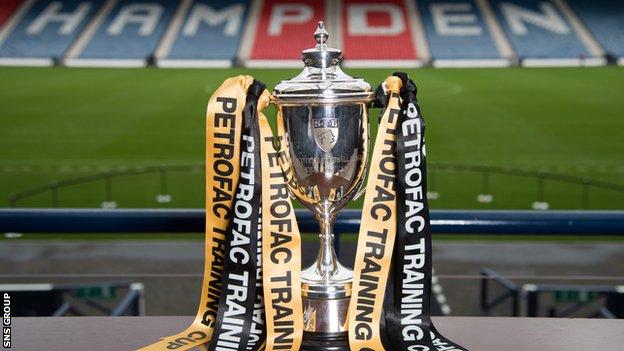 Hampden Park will stage the Petrofac Training Cup final between Rangers and Peterhead on Sunday 10 April.

The game will be broadcast live on BBC ALBA, with a 15:00 BST kick-off.

It is the first time the national stadium has been used as neutral venue for the Challenge Cup tournament, which began in 1990-91.

League One Peterhead will be competing in their maiden senior final, while Championship leaders Rangers were runners-up in 2013-14.

Most adult tickets will be £20, concessions are available for £10 and under-16 tickets cost £5.

Peterhead have already won at Hampden along the way, beating residents Queen's Park in the semi-final.

Rangers eased into the final with a 4-0 defeat of St Mirren at Ibrox.