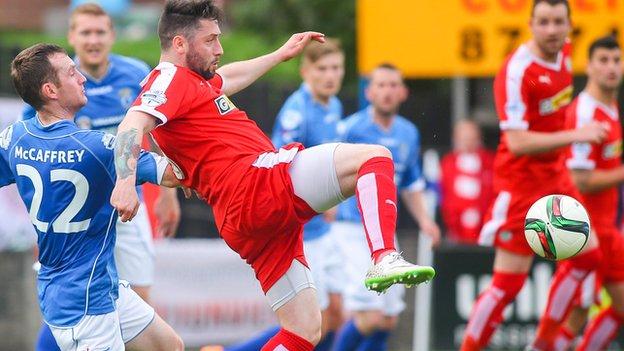 Cliftonville striker Ciaran Murray is returning to Championship side Larne in a loan deal in January after a brief spell at Solitude.

The 27-year-old former Donegal Celtic and Immaculata forward joined the Reds in September after scoring 34 goals in 36 games for Larne last season.

Murray has made nine appearances for Cliftonville.

He will join up with fellow Reds loanees Guillaume Keke and Conall McGrandles at Larne.