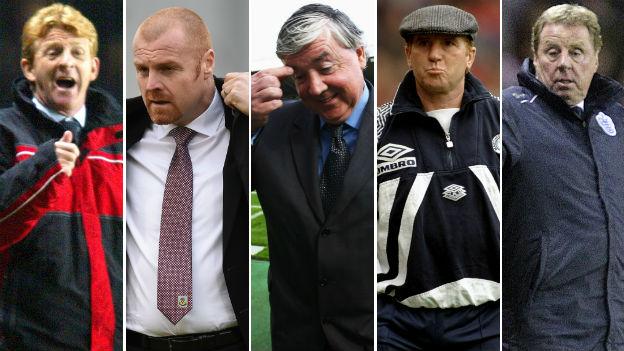 "To Big Sam the Christmas card is not big enough," he said. "I really enjoy writing a message to a good guy."

It will have to be posted rather than hand-delivered now. Mourinho was sacked on Thursday, two days before Sam Allardyce's Sunderland side take on Chelsea at Stamford Bridge.

Their record is as follows:

And, as history shows, there can be several twists and turns between such a poor start and a team's fate in May.

Manager Sean Dyche was nicknamed the "ginger Mourinho" by Burnley's fans after guiding the Clarets to the top flight, but he was working with a far skinnier budget.

His biggest signing as he strengthened his squad for top-flight life was George Boyd,a £3m capture from Hull.

Otherwise he relied mainly on a core of players who had finished second in the Championship the previous year with Jason Shackell marshalling the defence, Scott Arfield providing threat from midfield and Danny Ings showing a clinical edge up front.

A run of six league games without a goal towards the end of the season left Burnley with too much to do and they were relegated with two games to go despite a 1-0 win away to Hull.

Malaysian businessman Tony Fernandes took over the club in August and spent big to ensure that QPR's return to the Premier League for the first time in 15 years lasted more than a season.

He succeeded. Just. And not by much.

Despite investing heavily in Shaun Wright-Phillips and Anton Ferdinand in August, and once again in Nedum Onouha, Dijbril Cisse and Bobby Zamora in January, the Hoops scraped to safety, staying up by a single point despite an injury-time capitulation that delivered the title to Manchester City on the final day.

The spending continued, but the results only got worse. The following season, despite the wages and transfer fees spent on Christopher Samba, Jose Bosingwa, Stephane Mbia, Julio Cesar and Esteban Granero, they finished rock bottom.

A season that owner Mike Ashley described as "catastrophic for everybody".

Manager Kevin Keegan resigned in frustration in September after James Milner was sold to Aston Villa and only Spanish striker Xisco transpired from his promises of high-quality replacements.

Joe Kinnear arrived as interim manager, launched into an X-rated tirade at his doubters, mistakenly pronounced Charles N'Zogbia's surname as "Insomnia" and then was forced to give up his role as he had a triple heart bypass.

Alan Shearer took over but could not keep a team containing names such as Michael Owen, Obafemi Martins, Fabricio Coloccini and Damien Duff from the drop. Ashley put the club up for sale. He still remains in charge.

The Saints lost nine of their first 12 matches, but were gradually revived when Gordon Strachan replaced Stuart Gray as manager in October.

With Latvian striker Marian Pahars scoring 14 league goals, ably assisted by James Beattie with another 12, the Saints climbed to a relatively lofty 11th, nine points clear of the drop.

Alan Ball's side took just two points from their first 11 games, but heading into their final game - at home to Liverpool - they knew a win would probably be enough to keep them up.

However, late in the game with the two sides level at 2-2, City heard and believed a rumour that relegation rivals Southampton were behind in their own game against Wimbledon.

Based on this information Steve Lomas kept the ball in the corner flag in an attempt to secure the point that would keep City up.

Unfortunately, it was false.

Southampton were still level and City still needed a win. Niall Quinn, who had been substituted off earlier in the game, sprinted down the touchline to tell his team-mates as the truth belatedly emerged. But it was too late for City to save themselves.