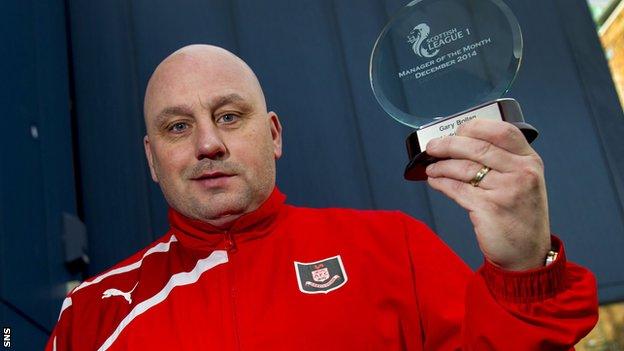 Gary Bollan has been confirmed as the new manager of Forfar, after leaving his position as manager of League One rivals Airdrieonians.

The Loons are one spot and three points above the relegation play-off spot.

Bollan leaves Airdrieonians in fifth place in the table, three points off the play-off places.

"We would like to thank Gary and his staff Stuart Balmer and Ian Flaherty for their efforts in their time in charge," Airdie said in a statement.

"We will have a new coaching team in place for the home match with Peterhead on Boxing Day and will make an announcement about that to our fans in the coming days."

Bollan was appointed in October 2013.