Walsall striker Jordan Cook says the club are targeting automatic promotion to the Championship under new head coach Sean O'Driscoll, rather than just replying on the play-offs.

Cook, 25, scored both goals as the Saddlers beat Port Vale 2-0 to move second in League One in O'Driscoll's first game in charge.

"We want to get promoted automatically," Jordan told BBC WM.

"We've got to keep on pushing - we don't want to be in the play-offs."

The win moved Walsall a point clear of third-placed Gillingham and three points behind leaders Burton, with a game in hand on the rest of the top six.

And Jordan's brace off the bench against Vale has the Saddlers right in the hunt to go back up to the Championship for the first time since 2004.

"I never stop trying and I think that's why the coaches like me and keep giving me chances," said Cook.

"Hopefully I can continue this little goal run - we're setting ourselves targets of how many points and how many games we've got left and we need to keep plugging away."

Cook, who was asked to play up front with Milan Lalkovic for the last half an hour when he came on against Vale, also highlighted the difference O'Driscoll has already made since he was named as Dean Smith's permanent replacement at the Banks's Stadium.

"He's said he doesn't want to change a lot and just tweak a few things - like playing two small strikers up front," he added.

"Now we've done it, I think it's going to give us an extra dimension to our play."

Walsall, who go to Millwall on Boxing Day in their next game, have 42 points from their 21 games so far. 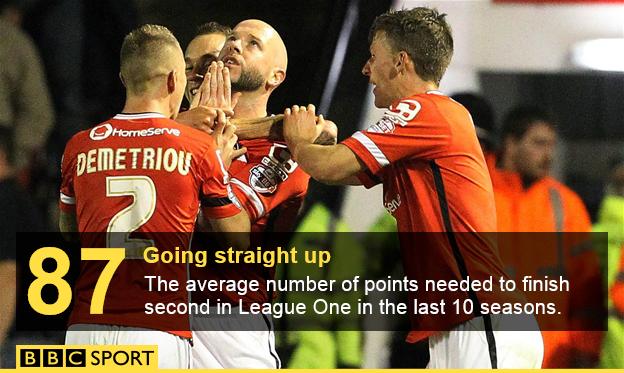