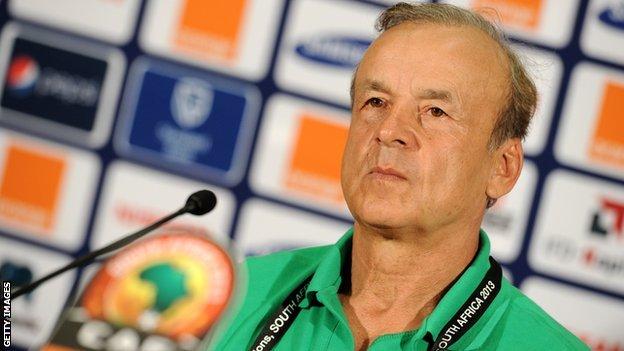 Gernot Rohr has quit his job as coach of Burkina Faso to work with the German football association (DFB).

As well as working on development programmes for the DFB the 62-year-old will also work as a television analyst.

He said he was leaving for 'professional and personal reasons.'

German-born Rohr played at Bayern Munich and Girondins Bordeaux, and then coached Bordeaux when they lost to Bayern in the 1996 UEFA Cup final.

His other past managerial jobs include French club Nantes and Nice, Young Boys Berne in Switzerland, the Tunisian club Etoile Sahel and the national teams of Gabon and Niger.