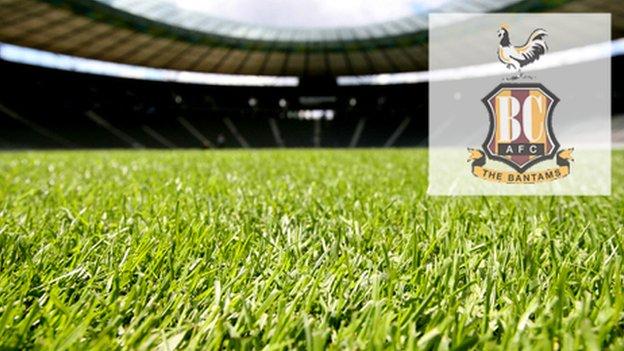 Bradford City goalkeeper Joe Cracknell has extended his contract at Valley Parade until the end of the season.

The 21-year-old joined the club as a free agent in the summer.

The former Hull City academy player has yet to make a first team appearance for the Bantams this season.

"We'd still like to give Joe the opportunity to play some first team football somewhere at some point but he's with us at the moment and he's ready if needed," he added.