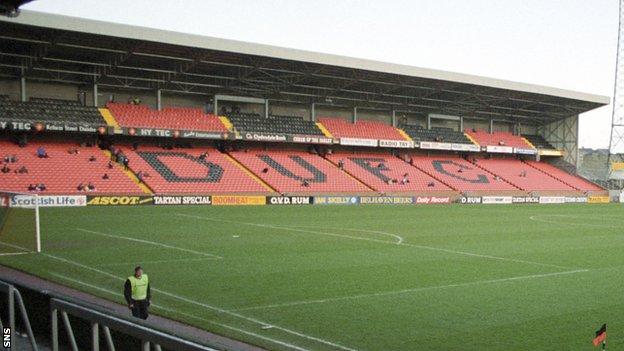 Spartans striker Aaron Murrell is to sign a two-and-a-half year contract with Dundee United, according to the Lowland League club.

But the 18-year-old, who has scored 24 goals in 22 matches this season, will be loaned back to the side sitting third in the table.

"He has worked exceptionally hard, especially in the last six months."

Spartans manager Dougie Samuel had promoted Murrell to the first team after he scored 19 times for their development side during the second half of last season.

"Our coaches have also to take tremendous credit for the additional time and effort they have input with Aaron," added Graham.

"They have done a great job to really accelerate his development."

Murrell will play for United's development team as well as turning out for Spartans.