Who made Gareth Bale their number one choice?

And which former Premier League star on the 23-man long list failed to win the backing of his brother?

Tactical voting by Messi and Ronaldo?

Argentina's Messi and Portugal's Ronaldo were each given a vote as the captain of their respective countries.

But, not for the first time, the two great rivals refused to name the other in their top three. 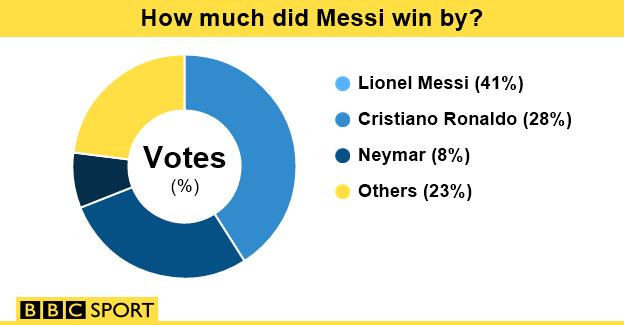 Another left-field choice from Hodgson?

England manager Roy Hodgson raised eyebrows last year when he voted for Barcelona defender Javier Mascherano to win the 2014 award and chose not to pick Messi or Ronaldo in his top three.

Hodgson plumped for a more conventional vote this year, but Messi did not impress everyone...

Who was the best of the British?

Unsurprisingly (as he was the only Briton in the 23-man long list), it was Wales forward Gareth Bale.

The Real Madrid player remains the world's most expensive player and had an excellent year in helping steer Wales to the Euro 2016 finals.

But he was only nominated as the world's best by four people, including his Wales captain Ashley Williams and coach Chris Coleman. 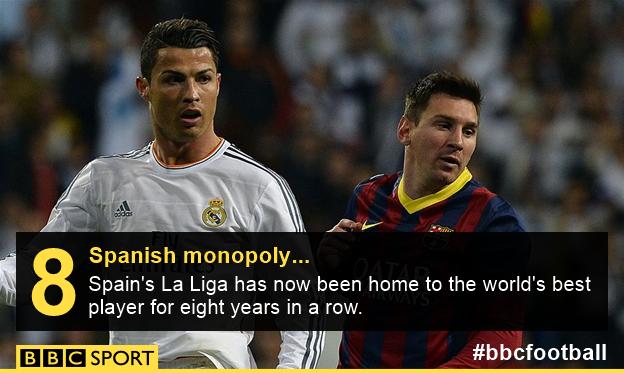 Remember when the Premier League was considered to have the world's best players? Not any more.

Five players from the English top-flight were eligible to receive votes, but not one received more than 1.3% of the share.

Juventus midfielder Paul Pogba arrived at Monday's ceremony with his mother Yeo as his guest - surely the France international would receive the support of his older sibling in the all-important vote?

Between midday and 20:00 GMT there were 1.3 million tweets using #BallondOr, which became the number one worldwide trend. 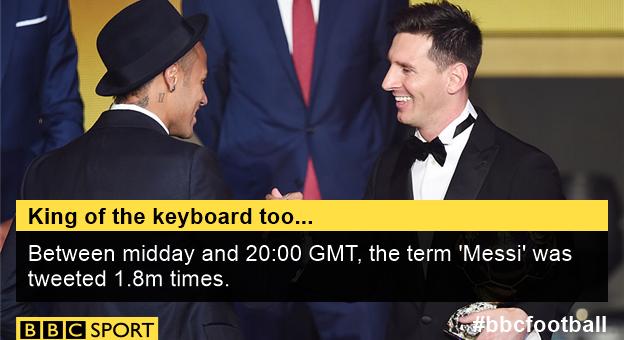 In contrast to Messi's 1.8 million, the term 'Ronaldo' featured 317,000 times during the same eight hours and upon winning the award, a new hashtag - #Messi5 - was used around 83,000 times in a little over an hour.

Referencing his five wins, #Messi5 was colourfully shared by Barcelona, with over 17,000 people re-tweeting this effort. 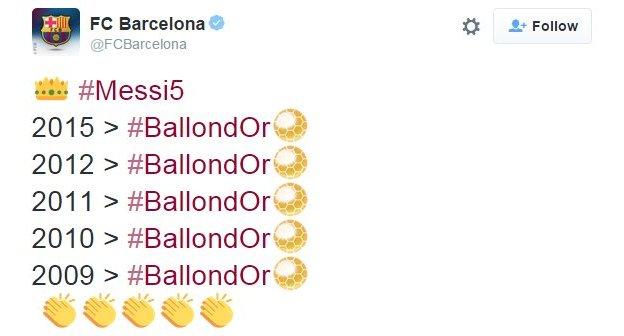