Leicester are second, Newcastle are struggling and Stoke are in mid-table.

No, not the top-flight standings but the 2015-16 Premier League injuries league table.

We've teamed up with PhysioRoom.com to analyse every injury this season and assess the impact on clubs.

Take a look below and see how your team is faring. 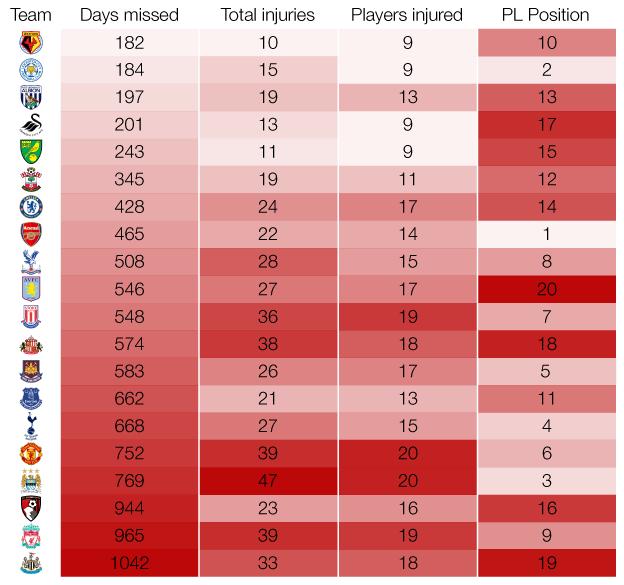 Here are a few points to consider:

What do you make of this and how has it affected your club's season? Join the debate in Sportsday Live and get involved using #bbcsportsday.