For the first time since May last year, Greek champions Olympiakos have dropped points in the league.

A run of consecutive 17 wins, stretching back to the start of the season, has put them well on the way to staging a successful defence of their title.

However, on Monday they were held to a 1-1 draw by Platanias - a team that has not won since mid-December.

In fact Platanias appear to be a bit of a bogey side for Olympiakos because it was they who last took a point off the Greek giants, in the final game of last season.

Failing to see their side win will be an unfamiliar feeling for fans of Olympiakos, who have not lost in the league since April last year, but it is not all bad. They are 16 points clear of second-placed AEK Athens. 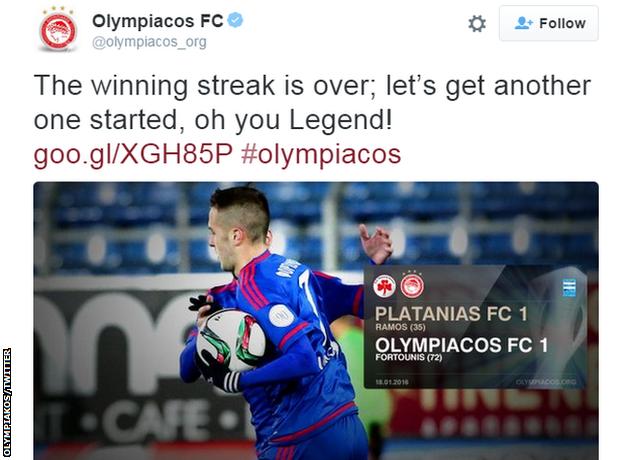