Queens Park Rangers have completed the signing of striker Conor Washington from League One club Peterborough United for an undisclosed fee.

The 23-year-old has signed a three-and-a-half-year contract at Loftus Road.

He was targeted by Championship club QPR following the recent sale of Charlie Austin to Southampton.

"I've proved I can do it at every level I've played at so far, so I don't see any reason why I can't do it here," Washington told the QPR website.

"I feel I've improved as a player over the last 18 months. My mentality has changed and I'm a better player for it. 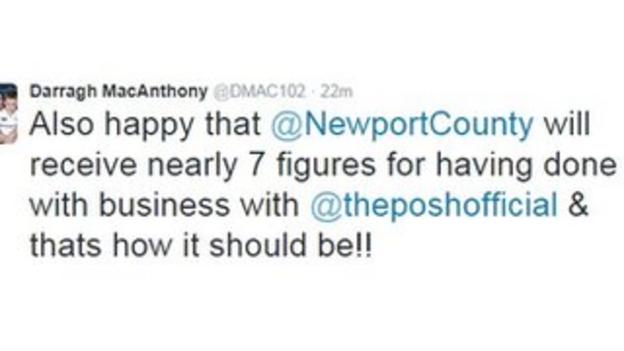 "But I also feel there's a lot more to come from me and I believe I can properly go on to fulfil my potential at QPR."

Peterborough chairman Darragh MacAnthony said earlier this month that he had rejected bids from three clubs for Washington, who was signed from Newport County two years ago.

Newport will get 20% of the transfer fee under the terms of the deal that took Washington to London Road.

Washington netted 33 goals in his 94 appearances for League One side Posh, scoring 15 of them this season.

"Conor is a player I've admired for a while now, so I'm delighted he's agreed to join us," said QPR manager Jimmy Floyd Hasselbaink.

"He's raw, he's hungry, he's determined. He's quick and he's versatile, which is important. Importantly, he's got the right mentality to be a QPR player."