Everton will demand that Manchester United pay £65m if they want to sign their 22-year-old Belgium striker Romelu Lukaku. (Sun)

Tottenham want to sign Coventry City midfielder James Maddison and may then loan the 19-year-old back to the League One side. (Independent)

West Ham are set to make an £18m offer for Liverpool striker Daniel Sturridge, 26, as Reds boss Jurgen Klopp looks to have decided to cash in on the player. (Brentwood Gazette)

AC Milan will have to pay £20m if they want to sign Belgium midfielder Marouane Fellaini, 28, from Manchester United. (Daily Express)

Cheick Tiote's proposed move from Newcastle United to Shanghai Shenhua is on the verge of falling through, with the Chinese club unwilling to meet the 29-year-old Ivory Coast midfielder's £60,000-a-week wage demands. (Guardian)

Manchester City midfielder Yaya Toure, 32, will listen to "every offer" in the summer as he looks set to leave the Etihad. (Sun)

The agent for West Ham midfielder Pedro Obiang, 23, says the Spaniard is happy to stay at the Premier League club, despite a lack of games and interest from Serie A side Napoli. (Talksport)

Monaco may look to recall injured striker Radamel Falcao, 29, from his loan spell at Chelsea, who are still considering a move for Brazil forward Pato, 26, from Corinthians or AC Milan's Colombia international Carlos Bacca, 29. (Daily Telegraph) 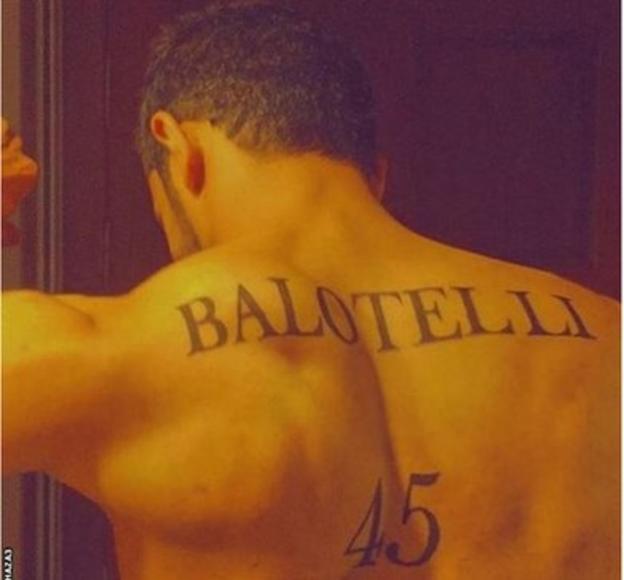 Liverpool striker, Mario Balotelli, currently on loan at AC Milan, commented on Instagram after a devoted fan posted an image of his new tattoo that is a tribute to the 26-year-old Italy international. He wrote: "THANK YOU for the support but don't you think is a bit crazy?"

Bognor Regis took a novel approach to dealing with a frozen pitch, opting to have six cars with their engines running on the solid surface in an effort to thaw it out, as this tweet by their opponents Altrincham FC shows. To their credit, it worked. 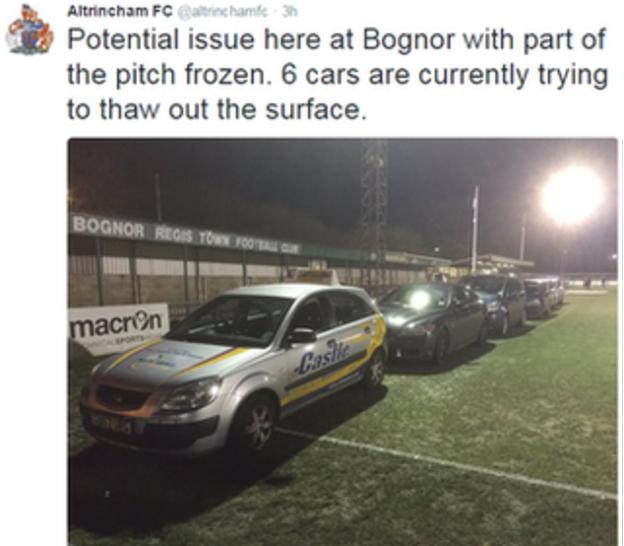 Can Lionel Messi, 28, do it on a wet Wednesday night in Stoke? The Barcelona forward apparently thinks he can. (Daily Mail)

Olympic sprinter and Manchester United fan Usain Bolt, 29, has revealed he would be reluctant to play for the Red Devils under current manager Louis van Gaal. (London Evening Standard)