Reading manager Brian McDermott wants to see his side start games faster after they conceded an early goal against Sheffield Wednesday.

It was the first time in 187 attempts Reading had scored from a corner.

He added: "Having said that, in thelast 70 minutes we were the better team. They're the form team in the league and we had chances to win it at the end."

Debutant striker Yann Kermorgant failed to direct a header on target for a late Reading winner as he made his first appearance since signing on an 18-month deal from Bournemouth.

"We weren't tough enough first half," said McDermott. "They got the goal and they're sat behind the ball and we're not going to break them down.

"Yann gave us another dimension when he came on. The boys showed real courage and resilience, which they've shown in the last couple of games, and that's good news for us." 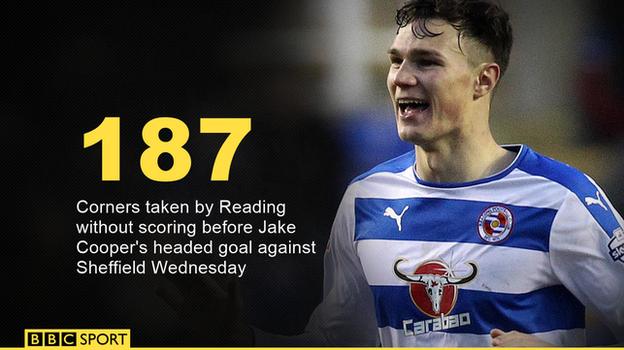