From matchstick men to movie quality graphics, the football video game has come a long way in 37 years.

BBC Radio 5 live has taken an in-depth look at the history of the genre in a special programme called the Beautiful Gamers, which you can watch on the BBC Sport website at 19:30 GMT on Thursday.

And to mark the occasion, we've picked our eight most important football video games of all time.

John O'Shea, the curator of a football video game exhibition at the National Football Museum called Pitch to Pixel, has told us why each game was so significant.

Think we've missed one out? Tell us by joining in the debate on our Sportsday page.

The Intellivision system looked more like an air conditioning unit than a home computer console - and it was a fetching beige colour too. Released in the same year Trevor Francis made his British record £1m transfer from Birmingham City to Nottingham Forest, Intellivision Soccer (also known as NASL Soccer) is considered the first football video game. And yes, it was just matchstick men marching around a pitch, but who knows what would have happened without it?

John O'Shea: "At the time the marketing slogan for Intellivision was 'the closest thing to the real thing'. And it basically was. It's very playable but it didn't become a huge success." 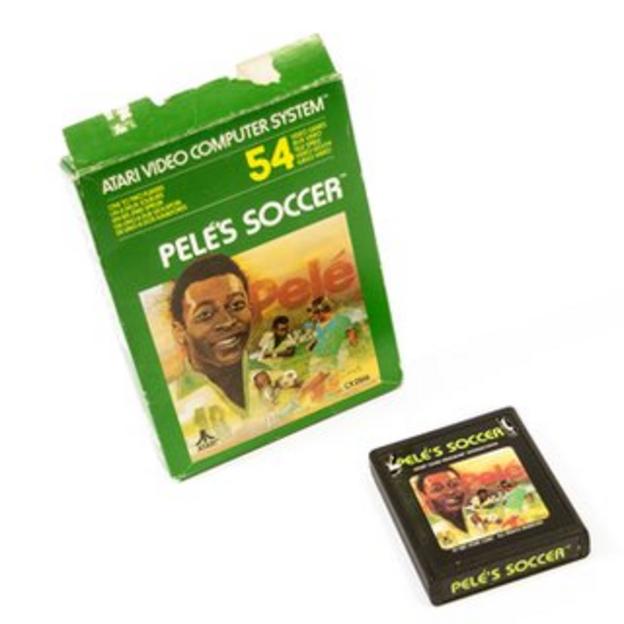 This game for the Atari 2600 was as simple as Pele himself was magnificent. You controlled a formation of three dots, each one representing a player, and tried to shuffle the ball into the goal. It showed the power of getting a big name on your product, and also spawned an advert featuring Trevor Brooking with Morecambe and Wise.

John O'Shea: "Atari were a totally new type of company. They were the first real computer games company coming out of Silicon Valley and they got Pele on board, who was this charismatic football star. They knew the hardware couldn't reflect what you see on TV, so they took this simple triangle formation and it's a game not unlike 'Pong'. It was very playable and popular and was the first success story."

In all honesty, this game was slightly bonkers. There were no rules, so you could use your-muscle bound player to flatten your opponents. A great laugh when you were playing against a mate. There's an argument that it's more a 'beat 'em up' than a football game. Regardless, anyone who had a Nintendo Entertainment System (NES) probably gave this game a whirl at some point.

John O'Shea: "In the 1980s there were the Spectrums and Commodore 64s and this home computer revolution. But it was really the NES that brought the game play to the next level. It's a very peculiar game and is a lot of fun. It's not at all realistic, the players look like wrestlers, there were no fouls and it's graphically very strange. But it really did sow a seed that a computer game based on football could be very successful."

Want to see a middle-aged football-game fanatic cry a tear of nostalgia? Ask them about Sensible Soccer - or Sensi, as it is affectionately known. Mainly found on the Commodore Amiga system, it captured the hearts of a generation and is a cult classic. The sequel Sensible World of Soccer was named one of the 10 most important games of all time by a panel of experts in 2007.

John O'Shea: "Sensible Soccer is rightly regarded as not just a brilliant football game but as one of the greatest games of all time. The first version came out in 1992 but it really got into its stride in 1994 when it basically had all the leagues and clubs. It looked cool with a pixelated appearance from above and was very playable because it was so fast. The designer Jon Hare integrated the two aspects we think about with games now - the live action but also the management aspect."

"I think Sensible World of Soccer was one of the most pirated games ever. Every 10 of 11 copies in the UK were pirated and I've yet to meet anyone from Poland or the Netherlands who bought the game. But we still made a load of money.

"I knew Sensible Soccer, more than any other game, would be massive. You knew it was something special. It was like magic.

"We're going to try and rekindle that by making Sociable Soccer. It's in the spirit of Sensible Soccer - the playability is similar. You pick the team you support - I'd say Norwich - and you join a fantasy clan. All the other Norwich fans are playing for Norwich as well and the table is sorted by average points scored." 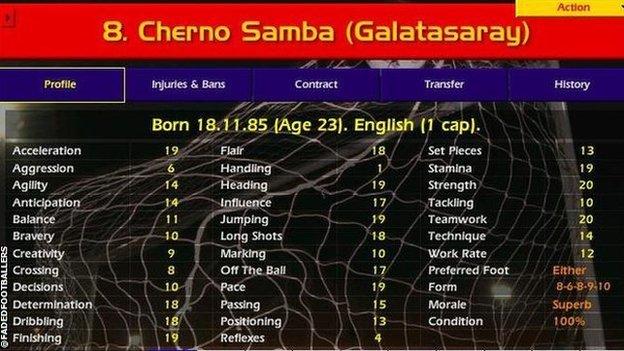 Can you imagine a game where you arrange contracts, plan training sessions and assign squad numbers? You've just imagined one of the most successful and enduring football games of all time. Created in 1992 by brothers Paul and Oliver Collyer, Championship Manager, the predecessor to Football Manager, is a stupendously addictive manager simulator that has even been cited in divorce cases.

John O'Shea: "There was a sense in the gaming industry that live action was the way to go and the management stuff could be dumped. The creators of Championship Manager approached EA (Electronic Arts) about publishing their game and they were rejected. But they stuck to their guns. It's a game for the fans, for anyone who thinks they could manage a team better than the real manager."

What a monster the Fifa series of games has become. Its beginnings were humble with Fifa International Soccer - it had a bug where you could score by standing right in front of the keeper when he kicked the ball out of his hands. An amazing way to wind up your mates. It has morphed year after year into the slick, crisp, realistic game you see today.

John O'Shea: "EA were producing some brilliant sports games. When they went into the soccer arena they did change how football games looked. They had this isometric view point and the game felt more like it looked on TV. They also had the licensing agreement with Fifa and have held that title every year."

Now it's all face scanning and motion capturing and movie-style graphics. The latest Fifa release is light years from the first offering 23 years ago.

It started life as ISS Pro in the 1990s, but in the early 2000s Konami's Pro Evolution Soccer series blew a big raspberry at the stranglehold Fifa held on the football game market. It didn't have big-money licenses, so there were made up names (Aston Villa as West Midlands Village, anyone?), but playing PES was the equivalent of liking an obscure band.

Did it make you a video game snob? Probably. Were you a better human being for playing it? Definitely. If hipsters were a thing at the time, they would have played Pro. In recent years Fifa has re-established itself as the market leader, but Pro Evo is still in there fighting.

John O'Shea: "What ISS and Pro Evo did - particularly in the mid-2000s - was bring a level of fun and playability to the game that maybe had gone off the boil with Fifa. Pro Evo was the game for the connoisseur of football games and it's still a brilliant game."

Pro Evo, which is part developed in Windsor in England, has played its part in the technological race. Here's the latest PES release, although those graphics a little over 10 years ago weren't too shabby to be fair.