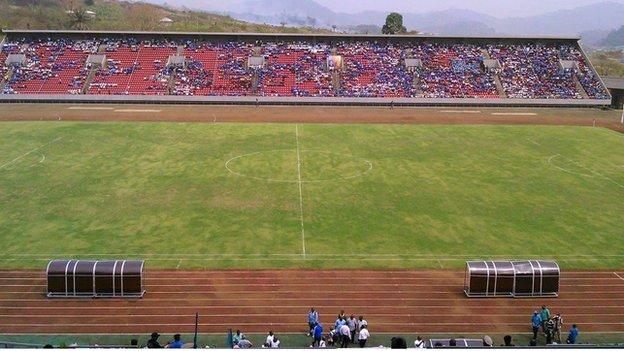 The Cameroon Football Federation has confirmed the Confederation of African Football has approved the new Limbe Omnisport Stadium to host an Africa Cup of Nations Cup qualifier in March.

Cameroon will host South Africa at the 20,234-capacity stadium on 25 March.

The venue is also scheduled to host matches in the 2016 African Women Championship.

Last month Fecafaoot president Tombi A Roko Sidiki had revealed Caf had some reservations about the stadium's readiness because of some outstanding construction work.

The Minister of Sports and Physical Education Bidoung Kwappt signed a release to announce that the stadium fulfils the necessary requirements.

Madame Wanki has been appointed as the director of the stadium and will start work on Saturday.