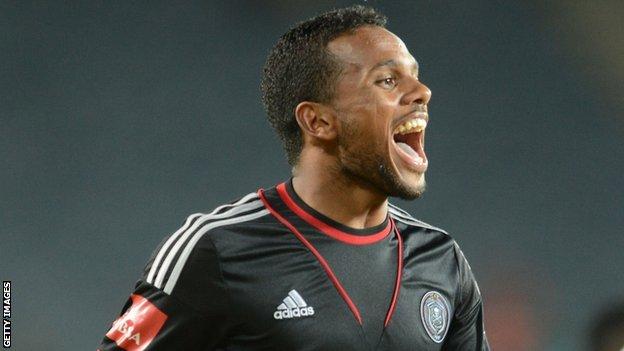 South African striker Kermit Erasmus has joined Rennes from Orlando Pirates, the French side said on its website.

Rennes revealed the 25-year-old has signed a contract with the Ligue 1 side for two-and-a-half years.

Erasmus, who has had spells playing in Europe for Dutch sides Feyenoord and Excelsior Rotterdam, leaves Pirates after playing 51 games and scoring 13 goals over three seasons with the club.

He has won eight caps for South Africa, having made his debut in 2010.