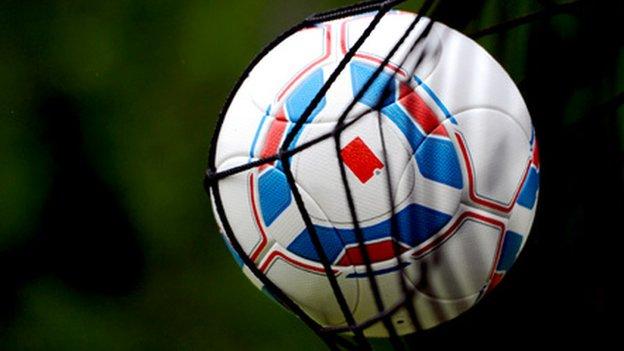 Bristol Rovers' League Two game against AFC Wimbledon has been postponed because of a waterlogged pitch.

The decision was made after a pitch inspection on Saturday by former Football League referee Steve Dunn.

Parts of The Memorial Stadium pitch are under water and there is more heavy rain forecast in the afternoon.

Rovers are currently fourth in League Two with 47 points from 29 games, five points and six places ahead of Wimbledon.