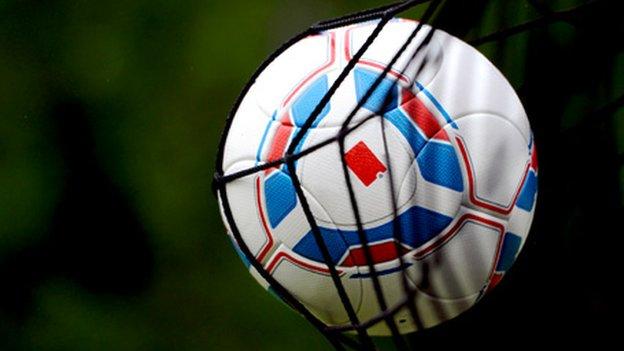 Newport's League Two game against Barnet has been postponed because of a waterlogged pitch.

The fixture was called off by the match referee, following an 08:45 GMT pitch inspection on Saturday at Rodney Parade, after heavy rain in Newport.

A new date for the fixture will be announced in due course.

Both teams are currently in the bottom half of League Two, with Newport 20th on 27 points, two places below Barnet, who are six points better off.