Chelsea captain John Terry has not been offered a new contract and looks set to leave at the end of the season.

The 35-year-old defender, who joined the Blues at the age of 14 and played 696 games for the club, has won four Premier League titles, five FA Cups and the Champions League with the Blues.

"Ideally, I would have loved to stay, but the club's moving in a different direction," he said.

However, a Chelsea spokesman said Terry may be offered a new deal.

The former England captain hopes to continue his career, but not with another English club.

"It will be elsewhere for sure," Terry said. "I couldn't play for another Premier League club.

"It's not going to be a fairytale ending. I'm not going to retire at Chelsea, which it took me a couple of days to get over."

Is he really going?

The club says it is too early to say.

Guus Hiddink, who replaced the sacked Jose Mourinho in December, is in charge of the Blues until the end of the season.

"It's a 'no' at the minute," said Terry after Chelsea's 5-1 FA Cup fourth-round win at Championship side MK Dons.

"The club will move on. No player is ever bigger than the club. No doubt they'll sign one or two great centre-backs."

However, Chelsea suggest Terry could be offered the chance to stay.

"John was advised that while no new deal was currently on the table, that situation could change in the coming months," a spokesman said.

"The club has the utmost respect for John and everything he has helped us achieve to date.

"He is a fantastic servant of Chelsea and a superb captain. As such, the club will keep the channels of dialogue open."

Is he still good enough?

The man himself thinks so: "I feel as though I'm in great nick, I'm playing great and I've got a couple of years to go.

Fellow Blues defender Kurt Zouma told the Evening Standard: "I think he can play for another one or two years.

"For me, he can play many more times. He is still at a top level. He has been playing very well since I arrived at Chelsea.

"His performances have been consistent. Since I have been at the club, I haven't seen him play badly. That's the truth."

Former Chelsea defender Graeme le Saux wants Terry to stay at the club, adding: "I think he still has a huge role to play."

Has he been treated badly?

Chris Sutton, who spent the 1999-2000 season with Chelsea, says news of Terry's possible departure is "disappointing".

"John Terry's been a tremendous servant, he's been outstanding for the last 15 or 20 years for Chelsea and he deserves better."

Le Saux says it is a difficult situation for the club but believes Terry will have other opportunities if he leaves, notably in the United States.

Trizia Fiorellino, chair of the Chelsea Supporters Group, says fans are surprised by the news.

"He played every minute of every league game last season and we won the title," he said. "I think the club owe us an explanation."

How important is he? 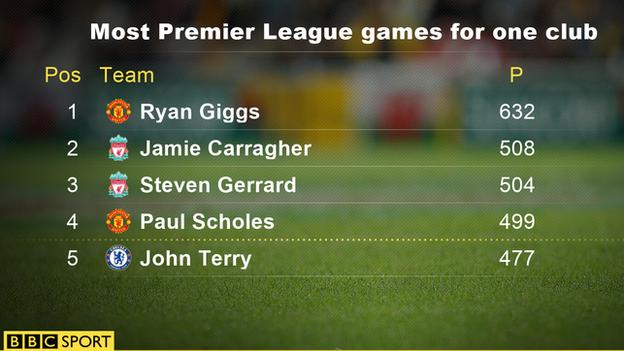 Only Ryan Giggs, Jamie Carragher, Steven Gerrard and Paul Scholes have managed more games for a single club in the Premier League.

Terry has played 477 league games for Chelsea and became captain as the side embarked on their most successful spell.

The highest-scoring defender in Premier League history with 40 goals, he played every minute of Chelsea's Premier League-winning campaign last season but was on the bench under Mourinho at the start of this term.

He was even substituted at half-time during a defeat at Premier League rivals Manchester City in August.

Mourinho was eventually sacked - and replaced by Hiddink - as Chelsea suffered their worst start to a Premier League season.

Former Liverpool defender Lawrenson added: "For most of his career at Chelsea, anyone could play with him, he was that good." 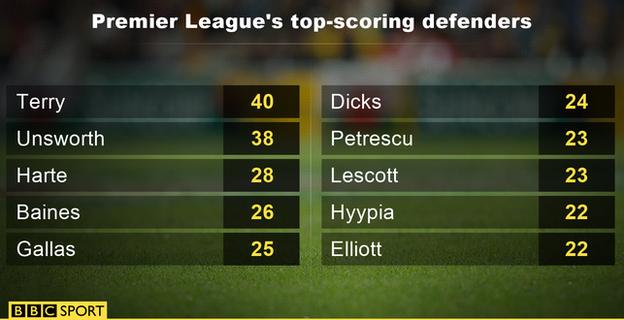