Land a record signing, land a journeyman, land no-one. The message remains the same: Hype it.

As a relatively quiet January deadline day showed, the art of unveiling a new signing with the grandeur of a classic sculpture lives on.

But on this day - where many rush to make headlines - some new boys perhaps didn't quite get the glorious welcome they expected?

The deal is on, then off, then on again but Middlesbrough landed the most prolific striker in English football since 2012.

So where better to present £9m Jordan Rhodes than in front of a brick wall, complete with radiator and the odd stain. 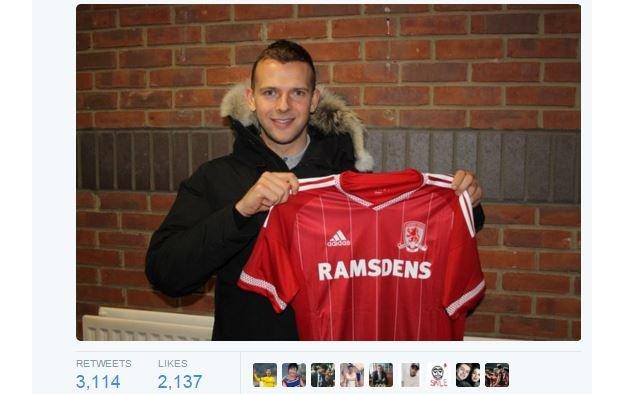 Boro kept these images flowing, with loan signing Richie de Laet also pinned to the bricks for his shot, though they opted for a boardroom setting as Belgian Julien de Sart got a somewhat warmer welcome.

'A Scotsman in its engine'

"This is a fighter we already love," Marseille wrote after landing Steven Fletcher on loan from Sunderland.

They also penned the following on their club website: "It will not go unnoticed. Neither at the Velodrome stadium, nor at other stadiums in France. OM has a Scotsman in its engine. When you are familiar with the mindset of these people, this is already a first piece of good news."

So there you have it Scotland. Marseille loves you. Fletcher, on the other hand, is described by his new club as "not known to be a technical player".

It may not be 80,000 waiting for a glimpse of you at the Bernabeu, but Everton pulled out plenty of stops to welcome Oumar Niasse to Goodison from Lokomotiv Moscow.

In this age of football secrecy, the Toffees proudly told us they had parted with £13.5m and filled their social media offering with graphics, quotes and videos of their new forward.

Newcastle joined the chase for West Brom striker Saido Berahino, but, for the second transfer window in a row, he stayed put.

And in a nod to Quentin Tarantino's film Reservoir Dogs, a mocked-up video of Berahino tied to a chair while Baggies manager Tony Pulis taunts him was heavily shared on social media.

Berahino, who said he would not play for the club again after not being allowed to leave in the summer window,- was not playing ball though.

There are of course those who cannot quite afford Fletcher, Niasse and Rhodes...

League Two Yeovil Town informed us that their club secretary had found the day a bit too frustrating. 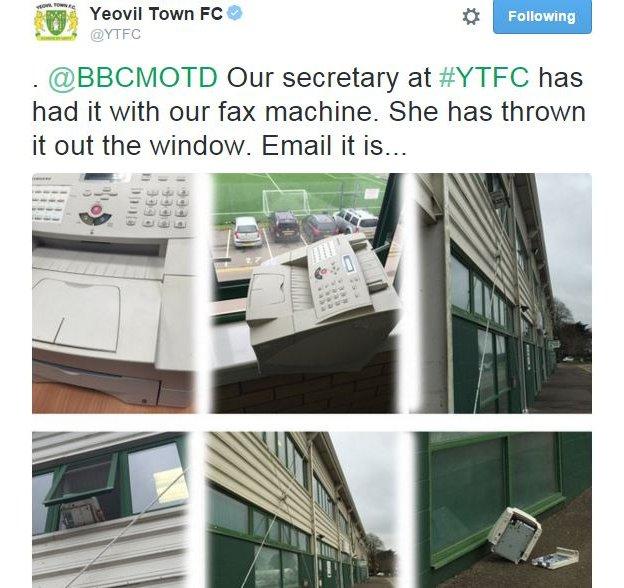 Asked if the club would be replacing the essential piece of deadline-day office kit, they replied... 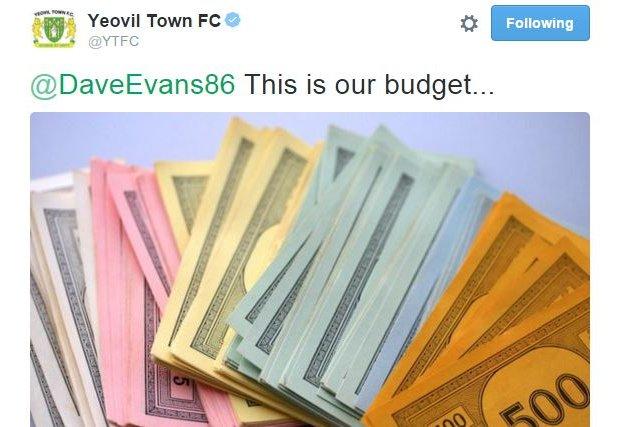 And while Chinese football has enjoyed a January transfer window packed with big-money moves, Coventry City were keen to celebrate one coming the other way... 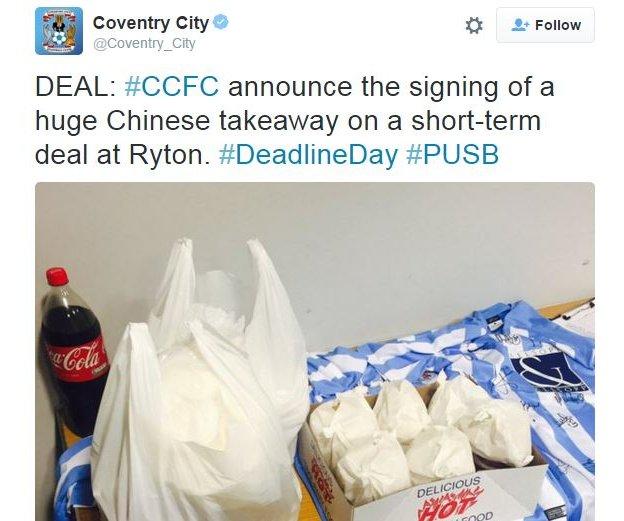 Some 4,500 people re-tweeted Coventry's image, while deadline day was simply a whirlwind of activity at York City... 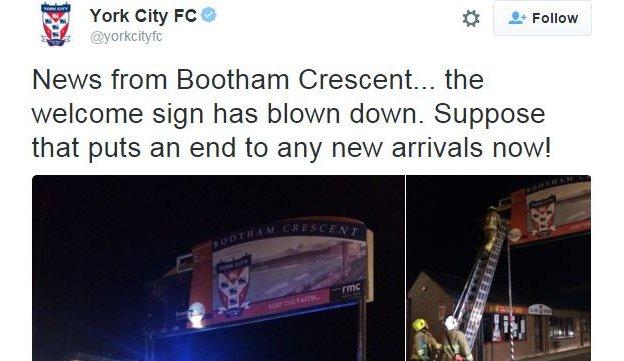 Sadly, the likes of Darren Bent or even Marcus Bent didn't make it to Gresty Road.

But that did not stop supporters dreaming of big-name signings...

Too much for some

And while it was a far from vintage deadline day, James Milner might have started a chain reaction of exciting deals had his cat had been willing to move.