Jose Mourinho will earn £15m a season if he becomes Manchester United manager in the summer, £6m less than Manchester City will pay Pep Guardiola. (El Confidencial via The Sun)

Mourinho, 53, will be given up to £300m to spend on new signings when he takes charge at Old Trafford. (Daily Star)

Manchester United's squad is split over the prospect of Jose Mourinho taking over as there is fear among players over where the popular Ryan Giggs may fit into Mourinho's new regime. (Sun)

But the former Chelsea boss would consider working outside of the Premier League in his next job, with the Portuguese yet to be contacted by Manchester United. (Guardian)

Chelsea are unlikely to let striker Loic Remy, 29, move to China until after they play Paris St-Germain and Manchester City next week. (Evening Standard)

Atletico Madrid boss Diego Simeone, 45, is on the shortlist for the Chelsea job, but Blues owner Roman Abramovich has serious misgivings about his playing style. (Daily Mail)

Inter will accept a £35m offer from Manchester United for striker Mauro Icardi, 22, if they fail to qualify for next season's Champions League. (Tuttosport - in Italian)

Former Tottenham manager Harry Redknapp, 68, has questioned the aura surrounding Pep Guardiola, insisting that appointing him as their next manager will not solve Manchester City's problems. (Daily Express)

The Red Devils are set to offer midfielder Ever Banega, 27, a £3.5m-a-year contract in the summer to tempt him away from Sevilla. (ITA Sport Press - in Italian)

Everton defender Phil Jagielka, 33, will be offered the chance to move to the lucrative Chinese Super League. (Sun)

Fenerbahce striker Emmanuel Emenike, who is on loan at West Ham, remains a target for Shanghai Shenhua. The Chinese club are understood to have offered the 28-year-old a £5.5m-a-year contract before he chose to join the Hammers last month. (Daily Mirror)

Manchester United midfielder Michael Carrick, 34, has had no indication from the club whether his contract will be extended beyond the summer. (Times - subscription required)

Chelsea midfielder Willian rates defender John Terry, 35, as the Blues' greatest ever player, but expects him to leave the club this summer. (Squawka.com)

Liverpool are set to move for Cameroon midfielder Joel Matip after the 24-year-old turned down a new contract offer from Schalke. (Daily Star)

Former Sheffield United, QPR and Crystal Palace boss Neil Warnock, 67, is set to become Rotherham manager until the end of the season. (Guardian)

Leicester midfielder Danny Drinkwater is in line for a call-up to the England squad thanks to his performances for the league leaders this season. (Daily Telegraph) 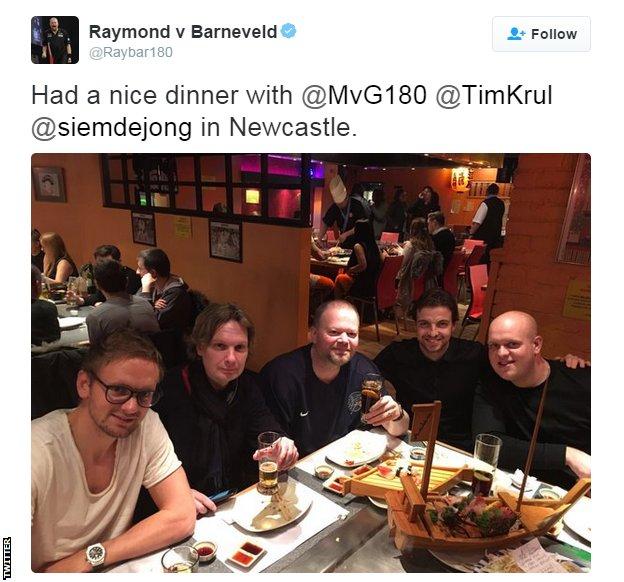 If at first you don't succeed... Arsenal defender Calum Chambers managed to flip a pancake at the third time of asking in a video he posted on Twitter.

Arsenal midfielder Aaron Ramsey enjoyed a trip to Colchester Zoo on Thursday, posting a picture of him feeding some lemurs. He wrote: "Had a fun afternoon at @ColchesterZoo. Great, knowledgeable staff, thank you for all your help today!"

It looks as though Aston Villa midfielder Jack Grealish has been in the wars in training. He posted a picture - alongside three angry emoticons - as he lay with his ankle bandaged.

American actor Will Ferrell says he feels "horribly guilty" about the sacking of Jose Mourinho after making a joke at an awards ceremony about Chelsea's defensive tactics. (NBC Sports)