Arsenal and Tottenham have met in a few classic cup semi-finals down the years but, in terms of league meetings, Saturday's game is perhaps the biggest north London derby ever.

I know from personal experience that it is a huge occasion anyway, but having both clubs challenging for the Premier League title at this stage of the season adds an incredible edge. 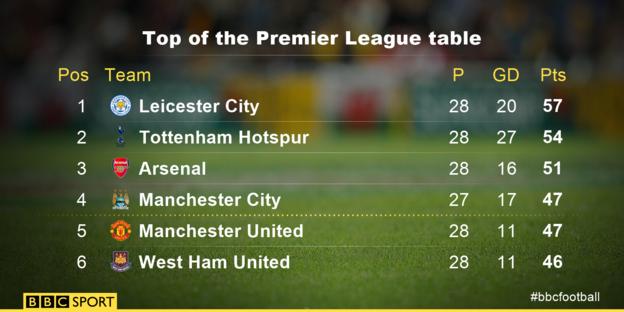 The atmosphere: 'When the whistle goes, the place erupts'

When I was at Tottenham, the games against Arsenal were my favourites to play in even when there was nowhere near as much at stake.

The supporters' rivalry is so intense, you could almost call it hatred, and it would always hit me when I came out to warm up, especially at White Hart Lane where you are so close to the fans.

I had a regular drill where I would get my lungs going by running from side to side of the pitch. Near the touchline you could look into our fans' eyes - their necks would be bulging with the veins sticking out, and they would be screaming things like "get it done today Jenas".

I would be thinking I need to stay in my zone and keep my cool because the key to this game is handling the situation, and having fire in your belly does not always help.

You need that calmness because, when the whistle goes to start the game, the whole place absolutely erupts.

THEN: 'We knew Arsenal had a better team than us'

I had a decent enough record in games against Arsenal but we never finished above them in my eight years at the club between 2005 and 2013.

Tottenham have not done that since 1995, although we came very close in 2006 when we lost out on the final day because of 'Lasagne Gate' - when food poisoning affected the squad.

Apart from that year, it was not something we thought about as players in my time at Spurs because if you were realistic, which we all were, we knew Arsenal had a better team than us. They were going to finish above us, and sometimes you have to accept that.

As a player, I knew about stuff like 'St Totteringham's Day' - the day that Arsenal fans celebrate when Spurs can no longer mathematically finish above them.

Like I say, it did not really bother us. When we played them, we would always just focus on the game, rather than where we were compared to them in the table.

We would approach it with the view that the game was so important that we had to make sure our fans were proud of us and were able to walk into work on Monday with their heads held high.

That is where Spurs have evolved because now it is not just about this game, they are chasing something bigger.

Whatever their manager Mauricio Pochettino says to the media, the mentality of everyone at the club will be that they are chasing the league title, and they will believe they can win it.

NOW: 'Tottenham are no longer living in Arsenal's shadow' 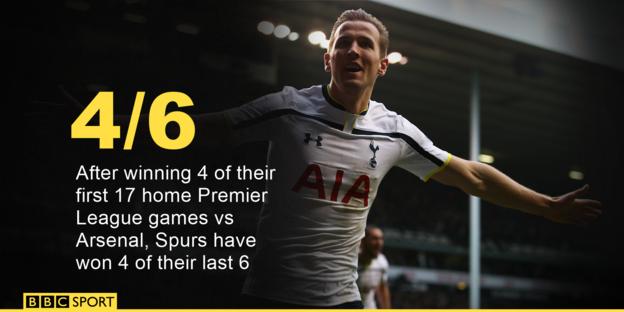 If we did beat Arsenal, it was always seen as a shock but it is not the same anymore.

I think that is part of the reason Arsenal fans are so frustrated, because they do not feel they have moved on and they know Tottenham have. That is what worries them the most.

When I speak to Arsenal fans now - and I mean the proper football purists, not the ones who speak a little bit too much with their hearts rather than their heads - they will say there is no longer a big gap between the two teams.

Spurs are no longer living in Arsenal's shadow and I would put that down to a mentality shift at both clubs over the past decade.

Arsenal's thinking, that they were going to challenge and win the title with world-class players like Thierry Henry and Patrick Vieira, changed to aiming to stay in the top four and stay in the Champions League.

Tottenham have almost always finished out of the top four but they always aspired to break into it, and the reason they have improved is because they have been trying to do better and better, rather than just settling for where they are at.

While they were thinking that way this season, they have shot past what they thought they could achieve but they are up there now and it is up to them to maintain it.

Tottenham missed the chance to go top for the first time this season when they lost at West Ham on Wednesday but they are still above Arsenal in the table, and still the team in form.

I think the derby at Emirates Stadium in November played a big part in Tottenham's development. The game finished 1-1 but if you forgot the scoreline and just watched the game then Spurs pretty much destroyed Arsenal on every other level.

Pochettino worked Arsene Wenger out like you would not believe and showed he knew exactly how to combat this Arsenal side.

That was a huge moment for this Tottenham team as well as Pochettino and his backroom staff, and probably gave them the belief they can do something special this year.

Even before that game I thought Spurs were looking very strong for the top four this season, but since then they have done nothing but grow and grow. Their game management is superb - they never seem to panic, no matter what the situation is.

It is almost like Arsenal are doing the opposite at the moment. It is like they peaked at a certain point and now they are just hitting the self-destruct button.

People keep talking about how the pressure will affect Leicester but there only seems to be one team failing that test at the moment, and that is Arsenal.

Saturday is not a must-win game for Tottenham's title prospects but it is one that the Gunners cannot afford to lose.

It is so hard to predict anything in the Premier League this season that you could not say they would be completely out of it but, if Arsenal are beaten, then their title chances will be pretty close to zero.