Mansfield Town's Adi Yussuf has been banned for five matches for urinating at the back of the stand while warming up during the League Two game against Plymouth Argyle last month.

The 23-year-old admitted the Football Association charge and was also fined £700 and was warned about his conduct.

Manager Adam Murray said the club "did not, in any way, condone" the incident.

But he said Yussuf was guided by stewards and Argyle substitutes because the toilets were a fair distance away.

"We are very disappointed by the length of ban received," Murray added. 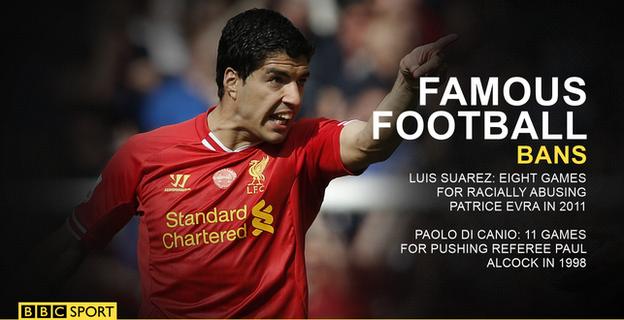 An FA statement said: "Adi Yussuf has been suspended from all domestic club football for five first -team competitive matches.

"It follows a breach of FA Rule E3 by the Mansfield Town player in or around the 30th and 53rd minute of the league fixture against Plymouth Argyle on 13 February 2016."

Out of public view

Mansfield boss Murray added: "Adi has been disciplined by the club, fully reminded of his responsibilities in no uncertain terms and warned of his future conduct in such circumstances.

"Whilst the football club does not, in any way, condone the isolated 'act' which has previously been reported, it should be borne in mind that Adi has stated that he was given alleged guidance by both a steward and unused substitutes from Plymouth Argyle as to where to perform this act, which was at the back of the Plymouth stand and out of public view.

"At this time Adi was an unused substitute and was warming up on the touchline at the far end of Home Park and, furthermore, the water closets at this ground are a fair distance away (in the home dressing room).

"Without in any way excusing the player's act, Adi did follow instructions by three Plymouth employees, at a venue which was unfamiliar to him."

Yussuf joined the Stags last summer and has scored five goals in 23 league appearances, but all of those have come as a substitute.

He has played a further four games, but made just one start.