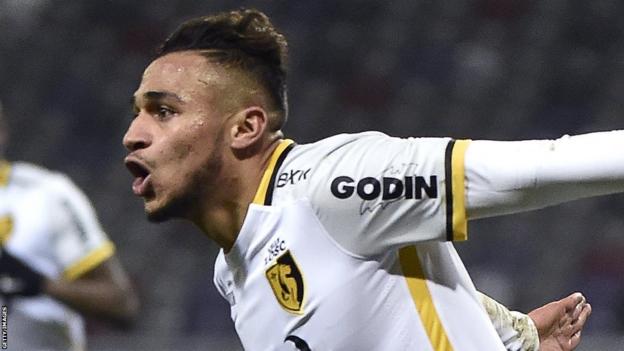 France-born Sofiane Boufal has been included in Morocco's final 25-man squad for their Africa Cup of Nations qualifiers against Cape Verde.

The Lille midfielder, 22, is eligible to play for the Atlas Lions through his parents and has pledged his allegiance to the north African country.

Boufal was not part of provisional squad but the Moroccan Football Association and coach Herve Renard were able to persuade him to join the team.

He is one of five new call-ups.

Renard, who led Ivory Coast to the Nations Cup title in 2015 - three years after winning it with Zambia - replaced Badou Zaki as Morocco coach last month.

He has been set the targets of reaching the semi-finals of the 2017 Africa Cup of Nations in Gabon and qualifying for the World Cup a year later in Russia.

Morocco will travel to Praia to face Cape Verde on 26 March before hosting Africa's top-ranked side in Marrakech three days later.

The two countries are joint top of Group F having won both their matches so far, with Cape Verde ahead on goal difference. Libya and Sao Tome are the other teams in the pool.

The Atlas Lions have also progressed to the final round of qualifying for the 2018 World Cup.