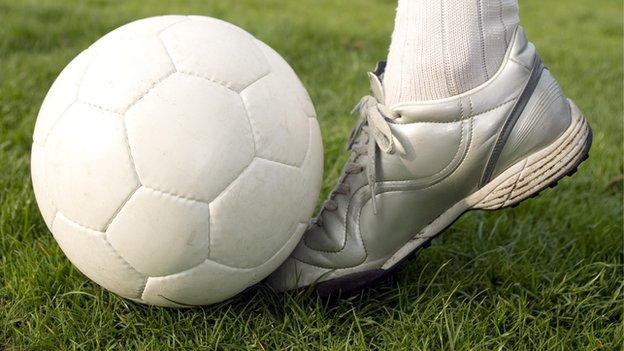 Arsenal said they were "extremely disappointed" by the publication of the claims, "which are without foundation".

Chelsea said the claims were "false and entirely without foundation" while leaders Leicester also denied them.

Bonar himself broke his silence on the matter on Sunday evening, writing on Twitter that the newspaper's claims were "false and very misleading".

"I have never had a relationship with any premier football club or player," he added on his unverified account, @ZenGrifter.

Chelsea added they have "never used the services of Dr Bonar and have no knowledge or record of any of our players having been treated by him or using his services".

Leicester denied the allegations and added: "We are extremely disappointed that The Sunday Times has published unsubstantiated allegations referring to players from clubs including Leicester City when, on its own admission, it has insufficient evidence to support the claims."

Championship side Birmingham City said: "The club have not used the services of Mark Bonar and has no knowledge or record of any of our players, past or present, doing so."

The Sunday Times says it has secretly filmed Bonar claiming he has prescribed drugs such as EPO, steroids and human growth hormone to elite sports professionals from the UK and abroad over the past six years, including:

The Sunday Times says it has no independent evidence Bonar treated the footballers or the other sportspeople.

Bonar told the Sunday Times he treated the athletes for medical reasons and not to enhance their performance. There is no suggestion the substances were illegal, but they are banned by sporting bodies.

Bonar had his professional services agreement with the Omniya Clinic terminated on Friday, after it emerged he does not have a licence to practise medicine in the UK.

The Football Association released a statement regarding the claims, saying: "These are very serious allegations. As such, The FA welcomes UK Anti-Doping's decision to immediately launch an independent review into the matters raised by the Sunday Times.

"The FA is fully committed to maintaining the integrity of English football and will work with Ukad and other relevant agencies in seeking to do so. The FA urges anyone with information that may be relevant to come forward as soon as possible."

The case is now the subject of a government investigation, following claims made by a whistleblower athlete who was banned for breaching anti-doping rules in 2014.

According to the newspaper, the sportsman - who wishes to remain anonymous - approached Ukad with evidence that alleged Bonar had prescribed him performance-enhancing drugs.

Ukad says it did begin an investigation into Bonar but decided he was outside of its jurisdiction as he was not governed by a sport.

Ukad also decided not to pass the case to the General Medical Council (GMC) or to contact the doctor.

Ukad chief executive Nicole Sapstead said the organisation was "deeply concerned and shocked by the allegations" and it would conduct an independent review into the case.

World Anti-Doping Agency president Craig Reedie told BBC Radio 5 live it was "pretty dreadful news" and backed calls for an inquiry, but added: "It is best to wait for Ukad to do their own investigation, then we have full knowledge of the facts to work with.

"My own guess is if they had sufficient evidence then they would have acted."