West Ham are out of the FA Cup and look like they might fall short of a top-four place too, but they should still be proud of their achievements this season.

They have so many reasons to be excited about this summer's move to the Olympic Stadium and what it means for the Hammers' future.

But on top of that, there is a real togetherness at the club at the moment.

The fans and the board are totally behind the manager Slaven Bilic, and they have a group of players who give everything every week.

A top-six finish is still on and, with the quality and experience in their team as well as their will to win, I do not see their season just fizzling out. 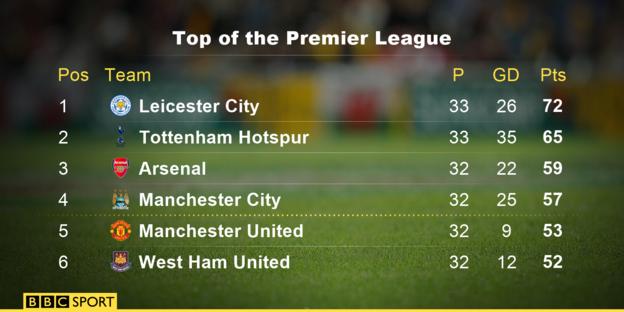 'Bilic is a perfect fit as West Ham boss'

It shows how far the Hammers have come that they expected to beat Manchester United in this week's FA Cup quarter-final replay, and I think they will be disappointed that they did not win the tie in the first game at Old Trafford.

The reason they were so confident ahead of Wednesday's 2-1 defeat was that until then they had not been beaten at home for almost eight months - 16 games in all competitions since 22 August.

All the emotion of their final season at the Boleyn Ground after 112 years definitely played its part in that incredible run, but it would not have happened without Bilic's arrival last summer.

He was seen by some as a gamble because he had not managed in the Premier League before but I think he is the perfect fit as Hammers boss.

West Ham are a club whose fans do not want to lose their traditional playing style - 'the West Ham way' - which is all about attacking football that is easy on the eye.

Bilic buys into all of that. He spent money very wisely in the summer and some of the stuff I have seen them play under him this season has been incredible.

He has brought in these brilliant individuals like Dimitri Payet and Manuel Lanzini, but has got the team ethic right too.

How the Hammers have improved in attack

I loved my two years as a West Ham player but I soon realised that some of their supporters would not even mind being relegated as long as their team is playing the right kind of football.

To say they are not bothered at all about winning is wrong, but they want to be entertained by players who will get them out of their seats and on to their feet.

Even if it gets results, they do not want dull or boring football, which is what they were seeing under Bilic's predecessor Sam Allardyce. That is why a lot of fans turned on him.

Allardyce can hold his head high because he did the job he was brought in to do, which was to get West Ham promoted and stabilise them in the Premier League, but Bilic has taken them to the next level now.

Statistics don't always do justice to a team's style of play, but here they help to show how the Hammers have improved in every attacking area this season compared to last.

The Hammers are more effective going forward under Bilic but they are also well-drilled at the back and look solid whoever is playing at centre-half. They have not become any more open.

Their goals - and wins - dried up a bit when Dimitri Payet was injured in November but they remained hard to beat during that period. 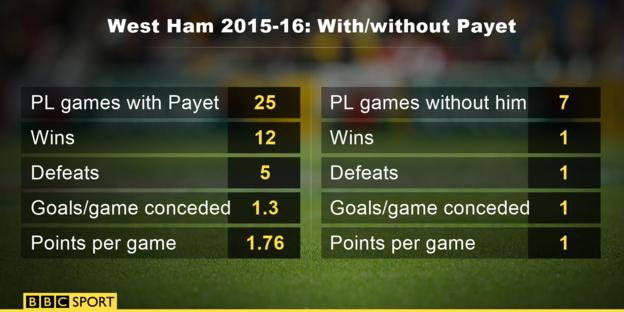 'If something is not working, Bilic will change it'

At the start of the season, West Ham earned some impressive wins at Arsenal, Manchester City and Liverpool by playing on the break and not worrying about possession.

But that is not the only way they can play. There have been 12 league games home and away in 2015-16 where they have had more possession than the opposition, and they have only lost two of them.

If something is not working, Bilic will change it - whether it is players or formations - and he is versatile with his tactics too.

Having Andy Carroll back at full fitness has given him another option and I do not just mean pumping balls into the box.

Yes, Carroll is very effective at getting on the end of crosses and either heading for goal, knocking the ball down for runners into the box or making sure defenders cannot clear their lines properly.

But he can play on the floor too, and is great at holding the ball up, like I tried to do as a player.

Carroll has been great as an impact substitute in recent weeks but the way West Ham finish games has always been impressive since Bilic took charge, and their late flurry of chances against United was another example of how they never give up.

They could not quite force an equaliser on Wednesday because of the brilliance of United keeper David de Gea but they scored late goals against Wolves and Liverpool on their way to the quarter-finals.

In the league, only Tottenham have earned more points from losing positions this season.

'You have to move with the times'

I can only see West Ham being stronger next season although it might take a while to adjust to the Olympic Stadium - especially for some of the fans.

The players will have to get used to it too, because the atmosphere will be different to the Boleyn Ground. There is no way around that, sadly.

I loved playing there for West Ham, especially in night matches. We always fancied ourselves against anyone under the lights, with a little bit of dew on the pitch and with the fans getting right behind the team. It was electric.

It is an amazing ground that I always enjoyed going back to, but I cannot wait to go to watch them at their new stadium because it is going to be very special, too.

To compete with the best, you have to move forward and move with the times. The bigger attendances at the Olympic Stadium will allow the club to grow and right now they are in very good hands.