Manchester City definitely need to take a lead to the Bernabeu next week to give themselves a chance of winning their Champions League semi-final against Real Madrid.

If Real were to get a draw at Etihad Stadium on Tuesday, I would fancy them heavily in the second leg. So the first game is key for City.

Real's firepower means they will have chances in Manchester, of course, but City have match-winners too and they have to go for it while being clever and cautious at the same time.

It is going to be interesting who City manager Manuel Pellegrini goes with in midfield, where he needs to find that very delicate balance between trying to put Real on the back foot, while keeping the back door locked.

Yaya Toure's injury means City are likely to be without a key player and one of their main goal threats, but the form of Kevin de Bruyne means that is not as big a blow as it once would have been.

Who plays in front of the defence?

Although he was fit, there was no room for Toure in the second leg of City's quarter-final win over Paris St-Germain because of the partnership of Fernandinho and Fernando.

Playing at the heart of City's midfield in Pellegrini's 4-2-3-1 formation, the Brazilian duo gave City legs, discipline and defensive cover.

Fernandinho and Fernando protected the back four so well, allowed the full-backs to get forward and gave the front players a great platform to work from.

Should they be picked together there again against Real? Yes, 100%.

Two dedicated holding midfielders are very important against such a good attacking side because City are going to come under pressure at times.

But Vincent Kompany is fit again and, if he is sharp enough after being rested against Stoke on Saturday, I would pick him and play Mangala alongside him for his powerful, physical presence.

In a game like this one, you are looking for players who can conjure up a moment of brilliance in the final third to make something happen out of nothing.

It is in this area where Pellegrini has the most options, even with Toure unavailable.

Toure can score from anywhere at any time so, in a game where City need goals, he will be a big miss.

But one advantage of him being out is that, while De Bruyne has the legs to play wide, he is better in that number 10 role. So, by playing him there you use him in the position where he is most effective.

Because of how good De Bruyne's end product is, Pellegrini will want him on the ball as much as possible.

There are times when you can be nullified centrally if a team packs out their midfield and the only space is wide but, more often than not, you get more touches of the ball in the centre and that will mean De Bruyne can create more.

Playing there he is also likely to have more chances to score himself too.

The £55m Belgian scored crucial goals in both legs of the quarter-final and the onus will be on him and Sergio Aguero to provide the main goal threat again.

Who else plays behind Aguero? 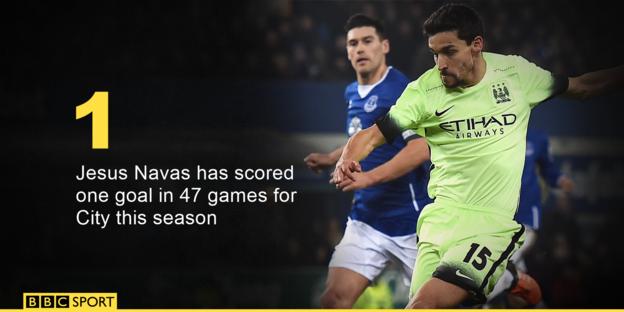 The problem with using De Bruyne as the number 10 is that it means pushing David Silva out wide, usually to the left.

That does not help to give the team width or protect his full-back, because he likes to drift inside himself.

Every time Silva does not track back, City will be vulnerable down the flanks because the Real full-backs will definitely push on when they are attacking.

From that point of view, Jesus Navas and Raheem Sterling offer the most pace and, with it, the most defensive cover.

But City need goals on Tuesday, so they cannot play both of them.

They lose a goal threat by playing Navas - he does not score enough - but Sterling has not played enough recently to get the nod in a game as big as this.

Silva is City's most creative player, which makes up for what he lacks defensively, so I would pick him on the left of De Bruyne, with Navas on the right.

Ideally all three of those players would offer a goal threat, but that trio gives the side balance and it is still an attacking selection.

I think that offers City their best hope. The away leg will be different, of course, but because they are at home and because they need goals, I would go with those three.

Why City should not change their approach now 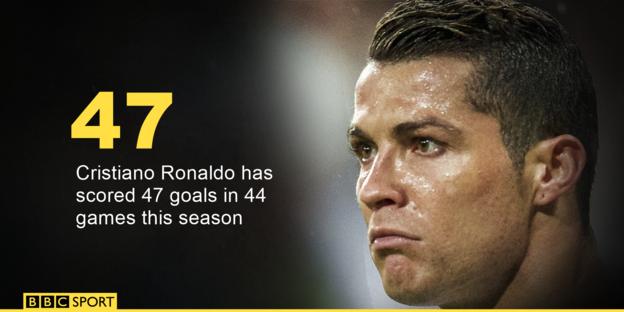 The simple fact is City, with the players they have got and the way they usually set up, are not capable of sitting off, parking the bus and trying to nick a goal.

There is no way changing their tactics and philosophy at this stage of the competition will get them a result anyway. They have to believe in their ability, and really go after Real to cause them problems.

It won't be easy, though. You can get at Real defensively but I don't think they will take their eye off the prize in the same way they did in the first leg of their quarter-final, when they lost 2-0 in Wolfsburg.

Even then, they still turned the tie around at the Bernabeu.

If he is fit, Cristiano Ronaldo is their main threat because of the sheer number of goals he scores - more than anyone else in the team - but clearly they have other danger men like Gareth Bale and Karim Benzema too.

Both teams are set up to score goals and I think we are going to see a terrific tie.

Can Man City do it? Possibly. But Pellegrini's side will have to play really well in both matches and ride their luck at times to win the tie over two legs,

I make Real favourites but, if they get it right on Tuesday, I think City have got a chance.