Arsenal manager Arsene Wenger says the prospect of failing to qualify for the Champions League for the first time in 19 years is a "worry".

The Gunners missed the chance to climb from fourth to third after Sunday's 0-0 draw at Sunderland.

"We care about that and we worry about it as well because it's a fight," said Wenger of their top-four ambitions.

"It is frustrating because we play to win the title and the fact that we do not win it is of course frustrating."

Arsenal, who have not finished outside the top four in the Premier League since the 1995-96 campaign, are 12 points behind leaders Leicester with three games left to play.

They are also just five points above fifth-placed Manchester United, who have a game in hand, with the top four qualifying for the Champions League. 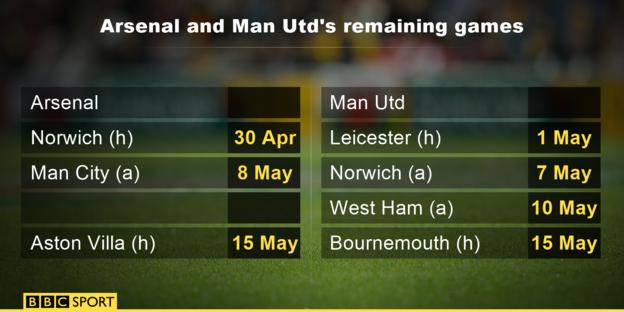 Arsenal found it difficult to create chances against a committed Sunderland side, who moved out of the relegation zone with the point.

And Wenger said it is the time of the season when some clubs will face easier fixtures.

"There are two leagues at the moment," he said. "The teams who are taking it a little bit easier - you see some games and you think you would like to play them now, the teams who are safe and are not going for Europe.