The PFA's biggest night of the year offered glamour and mirth in almost equal measure on Sunday as printing errors in the event's official programme were shared on social media.

Middlesbrough's Adam Clayton and Northampton's Ricky Holmes were the victims of the blunders, which came just days after the PFA said its team of the year selections had been "deliberately leaked".

To top it off, an image was shared widely on Twitter that appeared to show Tottenham's match programme for Monday's game with West Brom including a reference to Dele Alli being named young player of the year - hours before the award was presented.

Analysis: 'I voted for Vardy but Mahrez deserves it'

Middlesbrough midfielder Clayton was among those chosen by his fellow players for the Championship team of the year, but below his name in the official brochure was a biography of Arsenal Ladies and England forward Danielle Carter.

Clayton saw the funny side, and tweeted to thank his supporters among fans of Arsenal Ladies. 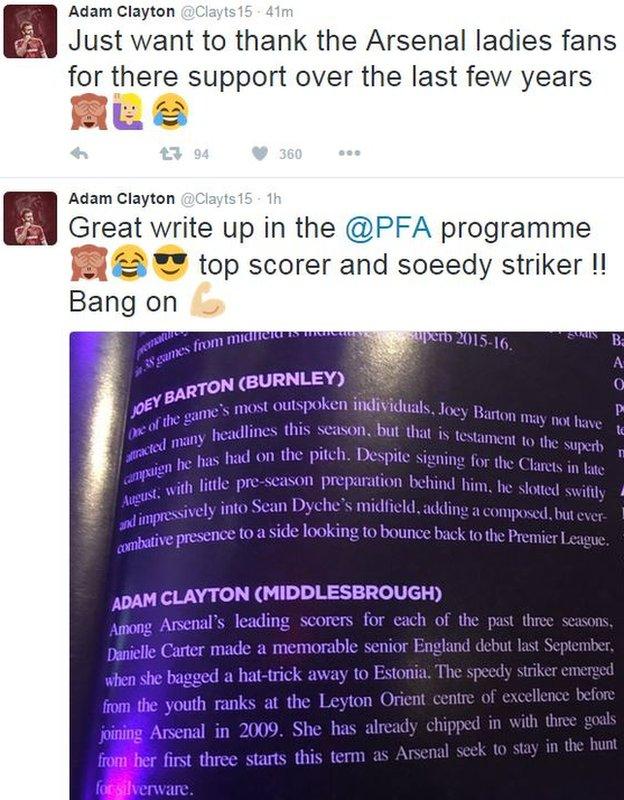 'But I've never even been to St Kitts and Nevis!'

Holmes' team-mate Adam Smith was quickly onto Twitter to highlight the error: 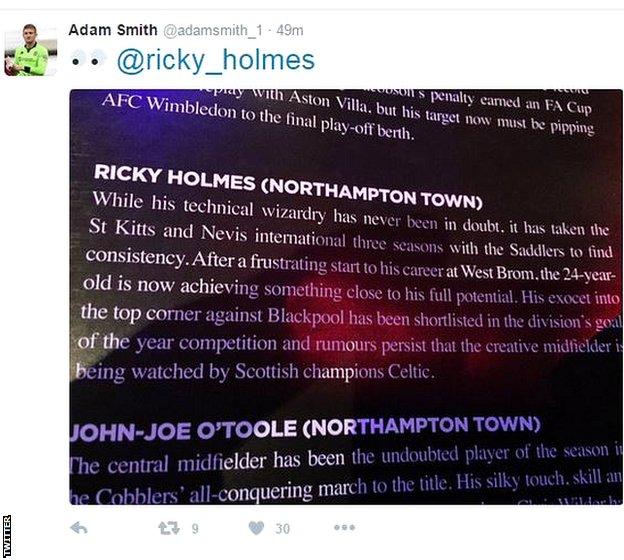 Prior to the night's big winners being named, former England striker Stan Collymore posted a tweet that read "Mahrez and Alli. No complaints here".

He followed up by posting an image of what appeared to be a copy of Tottenham's next match-day programme, in which Alli's PFA success was referenced prior to it being announced. 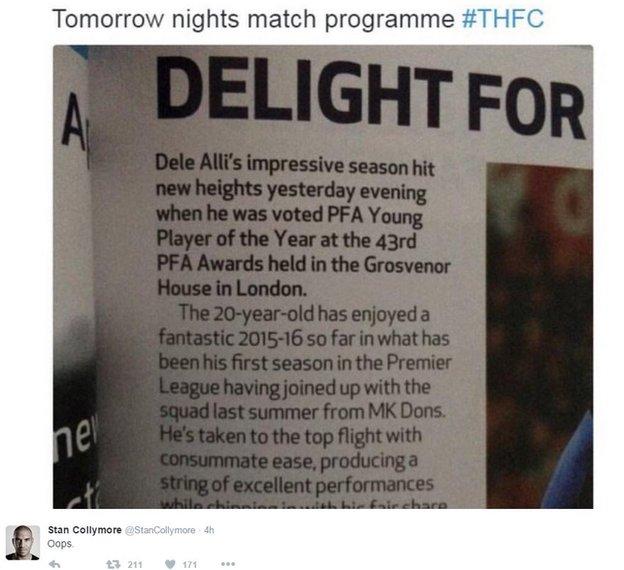 Days before the awards ceremony, the PFA was forced to unveil its teams of the year for the top four English leagues and the Women's Super League early after details were leaked.

It blamed a member of the public for choosing "to deliberately leak our representative teams from the official brochure of the awards evening".

It added: "As a matter of urgency, we are seeking a detailed explanation from the brochure printers as to how they were able to secure a copy of the publication."

And there seems to have been another error in the PFA process after 12 players were named in the Championship team of the season.

A report claims a "breakdown in communication" at the organisation led to both Hull's Michael Dawson and Middlesbrough's Daniel Ayala being told they had made the team after receiving an equal number of votes.