Three teams, two games left and only one goal - win promotion to the Premier League.

Burnley, Middlesbrough and Brighton enter the penultimate round of Championship fixtures level on 87 points, with only goal difference narrowly separating the trio. 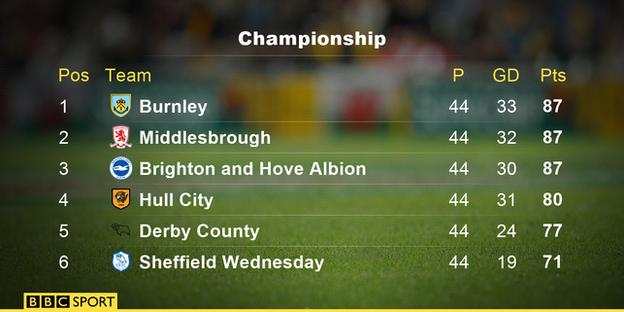 Throw in the prospect of a possible final-day decider between Boro and Brighton, and it promises to be one of the most tense finishes to a second-tier season in recent memory.

BBC Sport analyses the three contenders for automatic promotion, which will be worth a minimum of £99m to the two successful clubs next season. 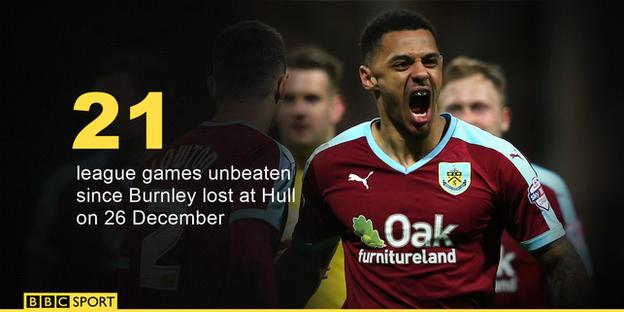 The season in short: Clubs often struggle after relegation from the Premier League, but Sean Dyche has assembled a squad on the verge of returning to the top flight at the first attempt.

Danny Ings left for Liverpool but his replacement, Andre Gray, has scored 22 goals and won the Championship player for the year award, while Joey Barton has added industry to their midfield.

Since entering the top six in the middle of September, the Clarets have not dropped out of the play-off places and are currently on a 21-match unbeaten run in the league (14 wins and seven draws).

Burnley manager Sean Dyche: "We had three games last week and we controlled that well, physically. Nothing's done, but the win at Preston was a big step forward again.

View from the commentary box - Phil Cunliffe, BBC Radio Lancashire: "I can't see Burnley slipping up, especially as they play already-relegated Charlton in their final fixture.

"Barton's boundless energy from central midfield is the envy of many an opponent 10 years his junior. 'Will and demand' is one of Dyche's stock phrases, and Barton embodies that. 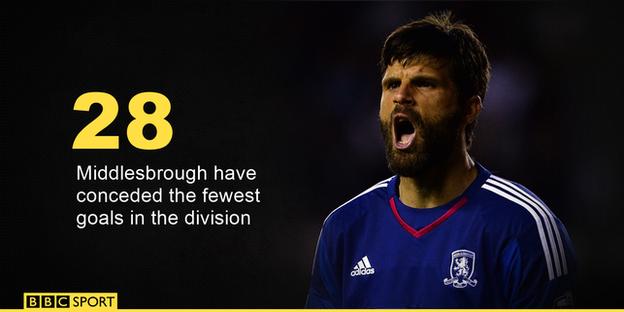 The season in short: Having lost 2-0 to Norwich in last season's play-off final, Middlesbrough spent big money improving their attacking options to get into the top two places this time round.

A combined £7m was spent on forwards Cristhian Stuani and David Nugent, winger Stewart Downing returned to Teesside in a £5.5m deal, while striker Jordan Rhodes arrived in the January transfer window for an initial £9m.

But it has been Boro's defence which has impressed the most this season, with Aitor Karanka's side conceding a mere 28 league goals - five fewer than any other team in the Championship.

Karanka was reported to be considering his future in March after a training ground row, but the Teesiders are unbeaten in eight games since it was confirmed the Spaniard was staying.

Middlesbrough head coach Aitor Karanka: "We are in an amazing position - I can't understand who could be pessimistic when we are almost at the top of the table.

"Two years ago we were playing to stay in the Championship. Now some people think to be in this position is a negative thing - I can't understand. Everybody has to be pleased with this team and these players."

View from the commentary box - Paul Addison, BBC Tees: "Middlesbrough never make it easy for themselves - it's just not part of the deal.

"Boro remain in a terrific position as the race for the Premier League goes down to the wire, but Burnley and Brighton keep on grinding out the results.

"Last season's play-off heartache is fresh in the minds of the Boro faithful, and a lot of fans I've spoken to fear a repeat of it if they miss out on a place in the top two.

"But the fact remains that if they win their last two they're up - and that's got to be the aim."

Remaining fixtures: Derby (h) 2 May, Middlesbrough (a) 7 May 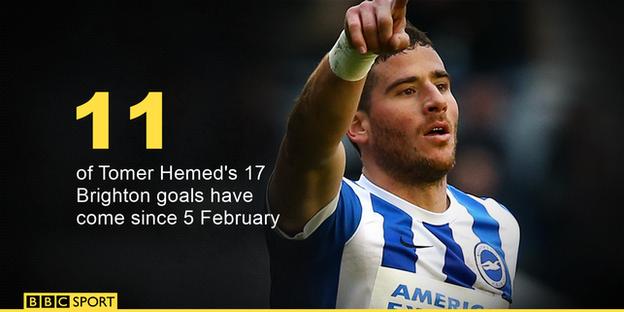 The season in short: After a relegation battle last season, Brighton started the campaign with a 21-match unbeaten run (11 wins and 10 draws) which laid the platform for their promotion challenge.

Their first defeat, at home by Middlesbrough in December, prompted a five-game run without a victory but Chris Hughton's Seagulls have rallied since then, losing just once since the start of February.

Victories were recorded by narrow margins in the first half of the campaign but mid-season signings Anthony Knockaert and Jiri Skalak have proved crucial during the run-in, helping Brighton significantly improve their goal difference.

Brighton midfielder Beram Kayal: "I have won the league with Maccabi Haifa in Israel and Celtic in Scotland. This is the first time I have been in this situation.

"They told me 87 points would get you promotion from this league. This league is crazy. With the team spirit and confidence we have, I think we can do it."

View from the commentary box - Johnny Cantor, BBC Sussex: "Most Albion fans would have taken a play-off place at the beginning of the season but, with the current form, they are now sensing a top-two finish.

"It has been an emotional campaign for Seagulls fans and players after the Shoreham air crash last August, in which a member of the club's ground staff died, but that day seems to have strengthened their resolve.

"They have suffered the pain of missing out via the play-offs twice in the past three seasons, but know they can avoid a repeat of the post-season drama with two wins.

"It is a tough ask against two top sides but it remains in their own hands."